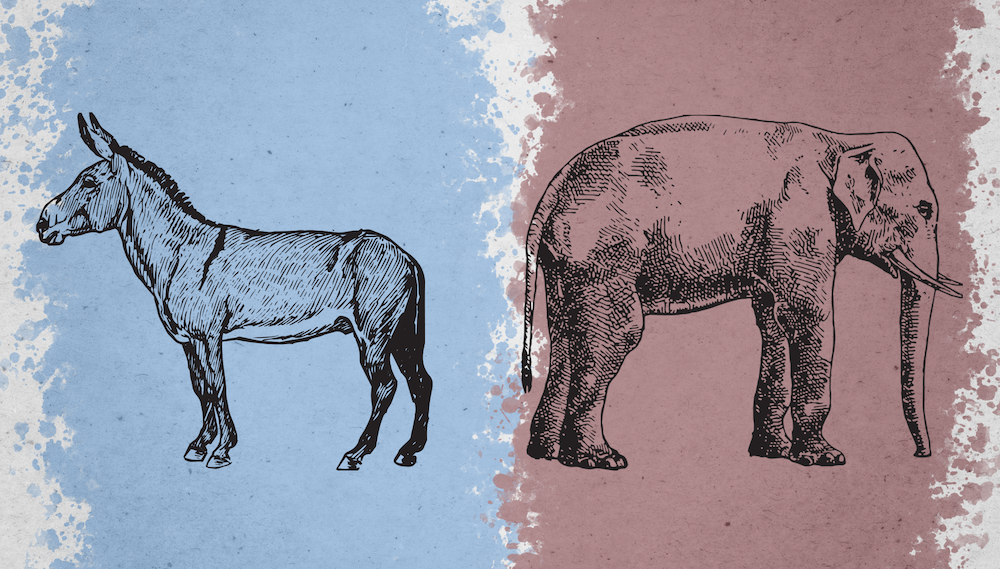 ENDURING SYMBOLS — One apocryphal story traces the use of the donkey as a mascot for the Democratic party to the 1828 presidential election. According to this version of events, Democratic candidate Andrew Jackson adopted the symbol after his opponents labeled him a jackass. The origins of the GOP’s elephant are even foggier. Innovative political cartoonist Thomas Nast used both animals to represent the rival parties in his groundbreaking work for Harper’s Weekly in the 1870s, firmly establishing them in the national consciousness.

It is perhaps a gross understatement to say that partisan politics in the US has become increasingly intense in recent decades. This division is clearly visible in Washington DC, with the Pew Research Center recently noting that two dozen moderate Democrats and Republicans remain in the house and senate in 2022, versus more than 160 during the first years of the 1970s.

A rigid two-party system has largely consolidated social debate into two sharply opposed camps, energized by highly partisan media outlets. Polling data in recent years suggests Americans in opposite camps differ across ideological and cultural lines down to perceptions of factual data, including history and science.

While not as pronounced as discord over guns and race, right- and left-leaning Americans disagree on economic policy issues to an extraordinary degree. In a research survey conducted in 2019, the Pew Research Center recorded a 32 percent gap between respondents identifying as Republican or Democrat on economic, business, and labor issues.

Surprisingly, there has been little academic research on the impact of political orientation on investor sentiment. A recent paper published by professors at the University of Georgia seeks to address this.

In late April, John Grable, a professor of financial planning, and Dee Warmath, a consumer scientist, published “An Assessment of the Association between Political Orientation and Financial Risk Tolerance” in the Journal of Risk and Financial Management. The paper details a survey of hundreds of US investors conducted during the contentious 2020 US presidential election cycle.

Grable and Warmath, working with Ph.D. Student Eun Jin Kwak, found that self-identified Republicans exhibited greater financial risk tolerance but less relative stability across time periods relative to Democrats. Perhaps unsurprisingly, investors identifying as Republicans exhibited a significant decrease in risk tolerance following the presidential election, while those identifying as Democrats exhibited an increase. When measured on a scale from most conservative to most liberal, the difference in risk sensitivity was more pronounced at the extreme ideological poles.

The researchers were careful to underscore that the survey period was uniquely emotionally charged, with pandemic restrictions overlapping with contested election results. Their findings suggest there is more to learn about how investors’ decisions in the voting booth correlate to their investment goals.

Gravity Exists experienced this extreme partisan divide firsthand. A half-dozen senior wealth management professionals refused to discuss their experiences with investments and politics for this article, even anonymously on background. Their conclusion: Any discussion of politics could only be bad for business. 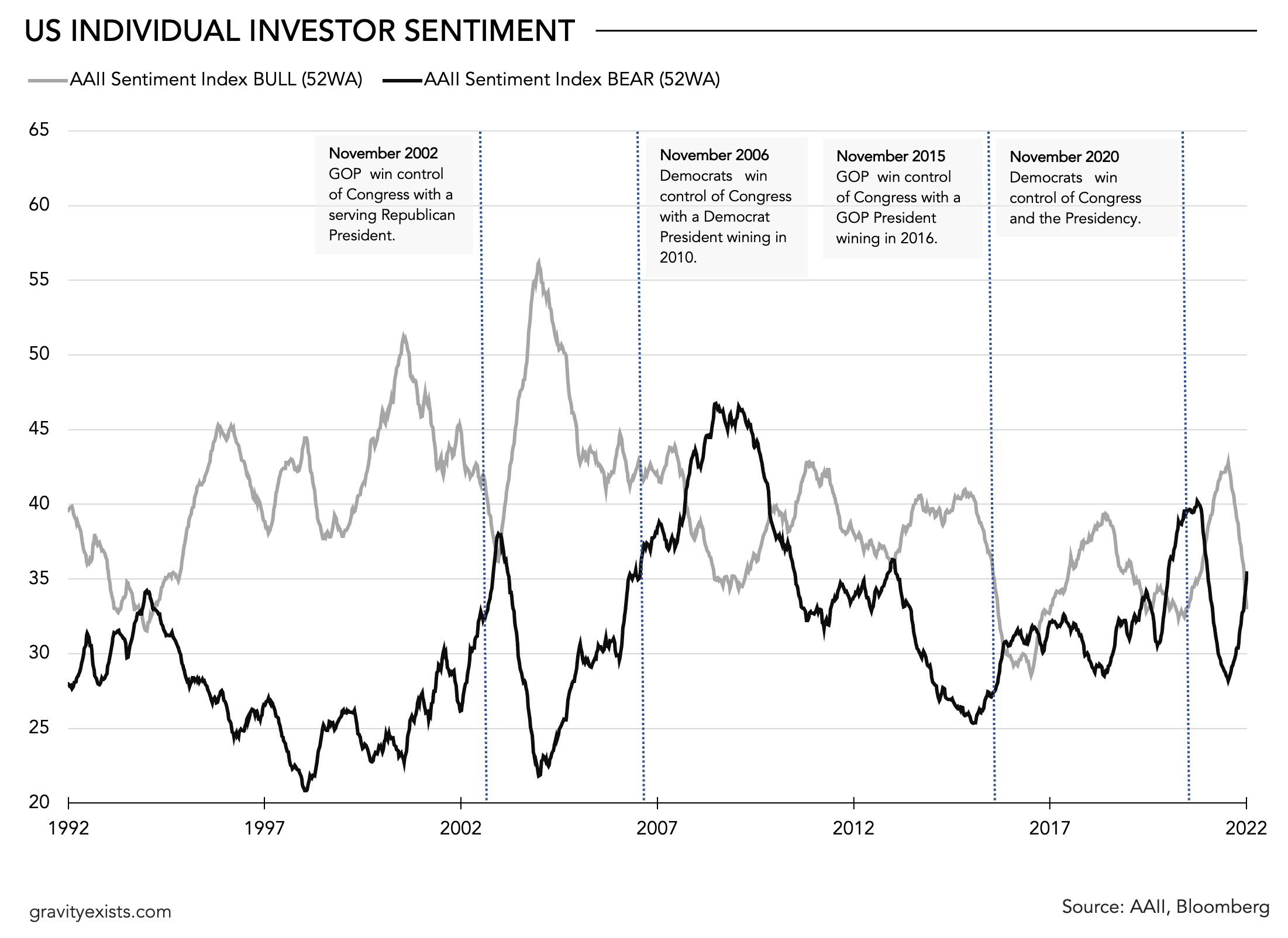 Time For Change — The mood of US individual investors has exhibited a bearish trend during periods that a single party won a mandates for a unified government.

“Most people, most of the time, seek out information that confirms their already existing beliefs.” 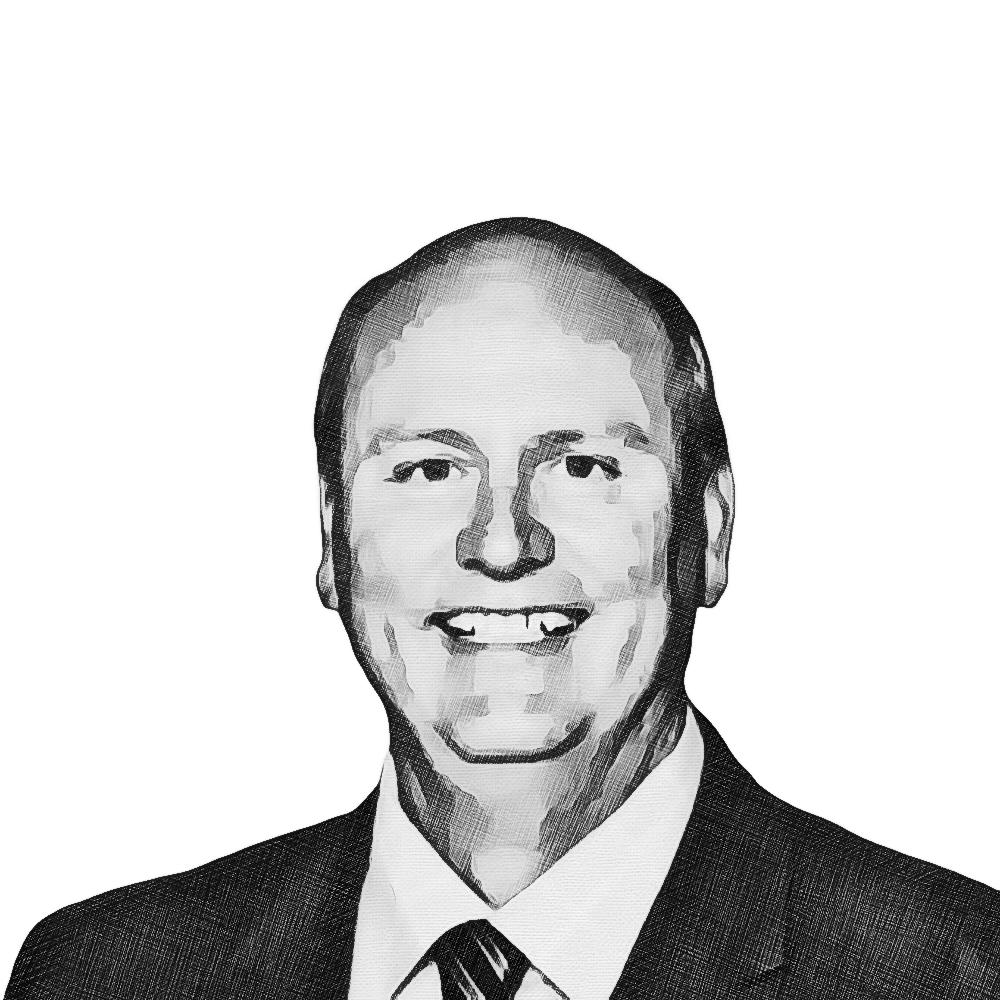 Professor of Family and Consumer Sciences

Dr. Grable oversees the only applied clinical facility in the US focused on the financial planning process.