Derailed: Manchin Carries on a State Tradition of Stubbornness

Joe Manchin’s refusal to sign off on a slimmed-down spending bill without CBO analysis last week was only the latest in a series of roadblocks thrown up by the West Virginia Senator to thwart massive social spending legislation favored by his party.

Democratic leaders in the House and Senate had initially sought to withhold final adoption of the widely popular bipartisan infrastructure bill until finalized language was adopted for both pieces of legislation. They eventually capitulated after months of sparring with Manchin and other Democrat holdouts and advanced the infrastructure bill on its own. Environmentalists howled at Manchin’s efforts to derail several green energy initiatives in the legislation.

Both the Biden Administration and Progressive Democrats on Capitol Hill have voiced frustration at Manchin’s intransigence over the size and scope of the Build Back Better plan. With the Democrats holding the slimmest possible majority on Capitol Hill, however, they need the support of all senators to pass any bills that lack any support from across the aisle.

For investors anxious to gauge the market impact of hundreds of billions in US social spending, infrastructure projects, and tax changes, these standoffs have come to resemble hostage negotiations.

Much of the left-leaning media has been unflattering in its coverage of the West Virginia Senators’ posturing. To many critics, Manchin’s efforts to prop up the all-but-dead coal industry in particular smacks of patronage (the senator takes in a great deal of campaign donations from the mining industry) while his sudden social-program thriftiness seems off-brand with his long-standing reputation as a securer of outsized largesse for his own poor, rural state.

Manchin’s efforts to secure maximum Federal benefits for his constituents are in keeping with the long-standing political culture of his state. The late Senator Robert Byrd, who represented West Virginia for the 51 years prior to his death in 2010, was known as the “King of Pork” for his unceasing and brazen efforts to steer Federal projects to his constituents from the helm of the Senate Appropriations Committee.

While a look at Manchin’s record as Governor of the “Open for Business” state indicates a long history of hawkish budgetary and pro-business policies, his party’s role as a spoiler also has many historical precedents.

Formed during the civil war by Republicans who separated from Virginia to remain with the Union, West Virginia soon found one of its new Senators breaking ranks with his party. Unionist Republican Peter Van Winkle confounded GOP leadership by voting for acquittal during the impeachment of Andrew Johnson. Van Winkle’s defense of Johnson – a southern sympathizing Democrat – along with eight other Republican senators earned him the ire of his party on Capitol Hill and the public at home.

In 1935, West Virginia Democrat Rush Holt was forced to wait several months to take office, as he had yet to reach the constitutionally required age of 30 at the swearing-in of the 74th Congress. When he finally came of age, Holt – who had been elected on the pretext of being a pro-labor leftist – soon became a thorn in the side of the Roosevelt Administration after he lurched hard to the right to oppose both New Deal program spending and US involvement in World War Two.

While Manchin may be fulfilling a storied historical tradition, he should also consider the fate of his problematic predecessors. Both Van Winkle and Holt left office after losing popular support following the breaks with their respective parties. According to a poll conducted in West Virginia over the summer by the liberal think tank, Data for Progress, most of Manchin’s constituents supported the Biden Administration’s social spending goals. 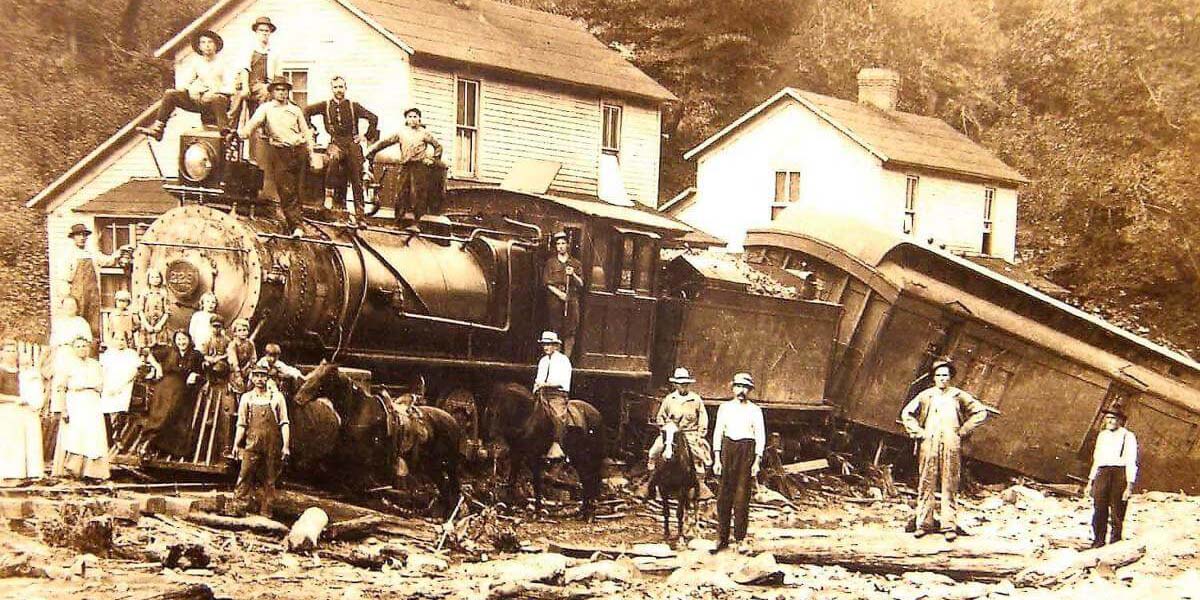 Image — A sudden flood pushed this train off its rails in Kanawha County, West Virginia, in August of 1916. Seventy-one people perished, and over 900 homes were destroyed in the disaster. 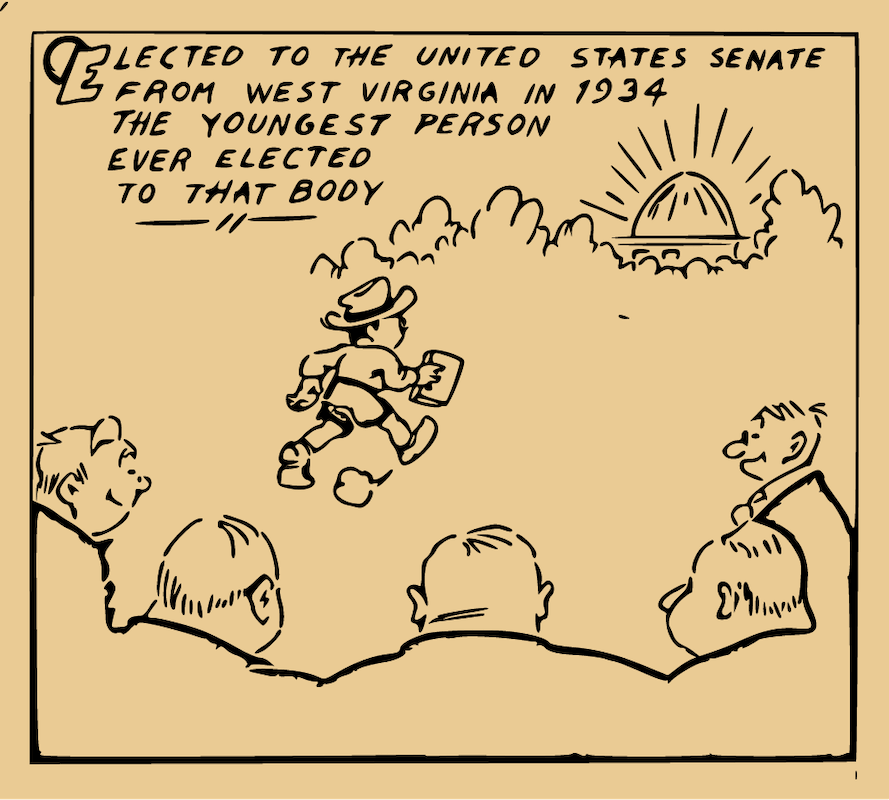 Image — Rush Holt was the youngest person elected to the US Senate in a popular election and is rumored to have inspired the character Jefferson Smith portrayed by Jimmy Stewart in “Mr. Smith Goes to Washington”. After confounding his own party, he finished in third place during his second Senatorial race.

The Enduring Poverty of the Appalachia

Sen. Manchin’s West Virginia is one of a dozen states within the Appalachian Mountain range.

Scottish immigrants arrived in Appalachia via Northern Ireland in the 18th century (gaining the moniker “Scots-Irish”) and developed a unique culture around the mining and timber industries central to the local economy. Their hardscrabble sensibilities contributed to the Whig Party platforms of the 19th century: pro-business, pro-expansion, and pro-individual liberties while rejecting centralized government and social change.

Appalachia was then, and remains now, economically challenged. According to a 2019 report by the US Census Bureau, the region includes five of the ten states with the country’s highest poverty rate. But political parties have vied for votes there for more than a century using plans to address the persistent rural poverty.

This liberal focus on rural white poverty in the region brought welcome federal dollars; however, locals also felt the attention perpetuated negative stereotypes about them that became a staple of film and television.

Republican politicians latched onto this cultural resentment to gain traction with voters in recent decades. Donald Trump, who counted Appalachia as a critical source of support during the 2020 election, famously pledged to save the coal industry despite rapidly waning global demand. West Virginia, represented by Sen. Manchin, is one of a dozen states that include the Appalachian Mountain range and the only state entirely covered by it.