Spot oil prices contracted sharply in a series of volatile trading sessions since the South African government raised alarm over the spreading Omicron Covid variant. As of Thursday morning, WTI crude futures for near-month delivery are 15% lower than one week ago.

With global oil demand threatened by the specter of fresh pandemic lockdowns, OPEC+ announced Thursday it would retain the option of postponing a production hike scheduled for the new year, spurring a partial rebound in crude prices.

The cartel’s carefully parsed language matches that of Saudi oil minister Prince Abdulaziz bin Salman over the past year, as he urged caution over a possible Covid resurgence. Politically, the tug of war between Prince Abdulaziz and the Biden Administration, which released US strategic reserves to placate concerns over domestic consumer fuel costs, adds an element of drama to market action.

So far, short-term volatility has not impacted the longer-term market price structure.

In early November, WTI oil futures were in steep backwardation, meaning that contracts for delivery in the near future were more expensive than those for longer-dated maturities. This development is unusual, though not extremely so, and is generally interpreted as a bullish signal for the underlying commodity. Since long-dated commodity futures lock in the price for a future delivery that includes the cost of storage and finance, backwardation typically occurs when inventories are low. It causes scarcity in spot markets to meet current delivery obligations and is regarded as a positive demand signal. The spread between near- and long-term contract prices has collapsed with the recent selloff, while long-dated delivery prices have remained relatively steady.

With consumer sentiment during the Christmas holiday central to both US financial and political narratives, the price at the pump remains a paramount narrative. So far, the selloff in front-month has not translated to distortions in the relationship between distillates with the 3,2,1 crack spread (a measure of the hypothetical margin realized by refiners implied by the prices paid for oil and received for gasoline and heating oil) remaining within a range held since the pandemic rebound. 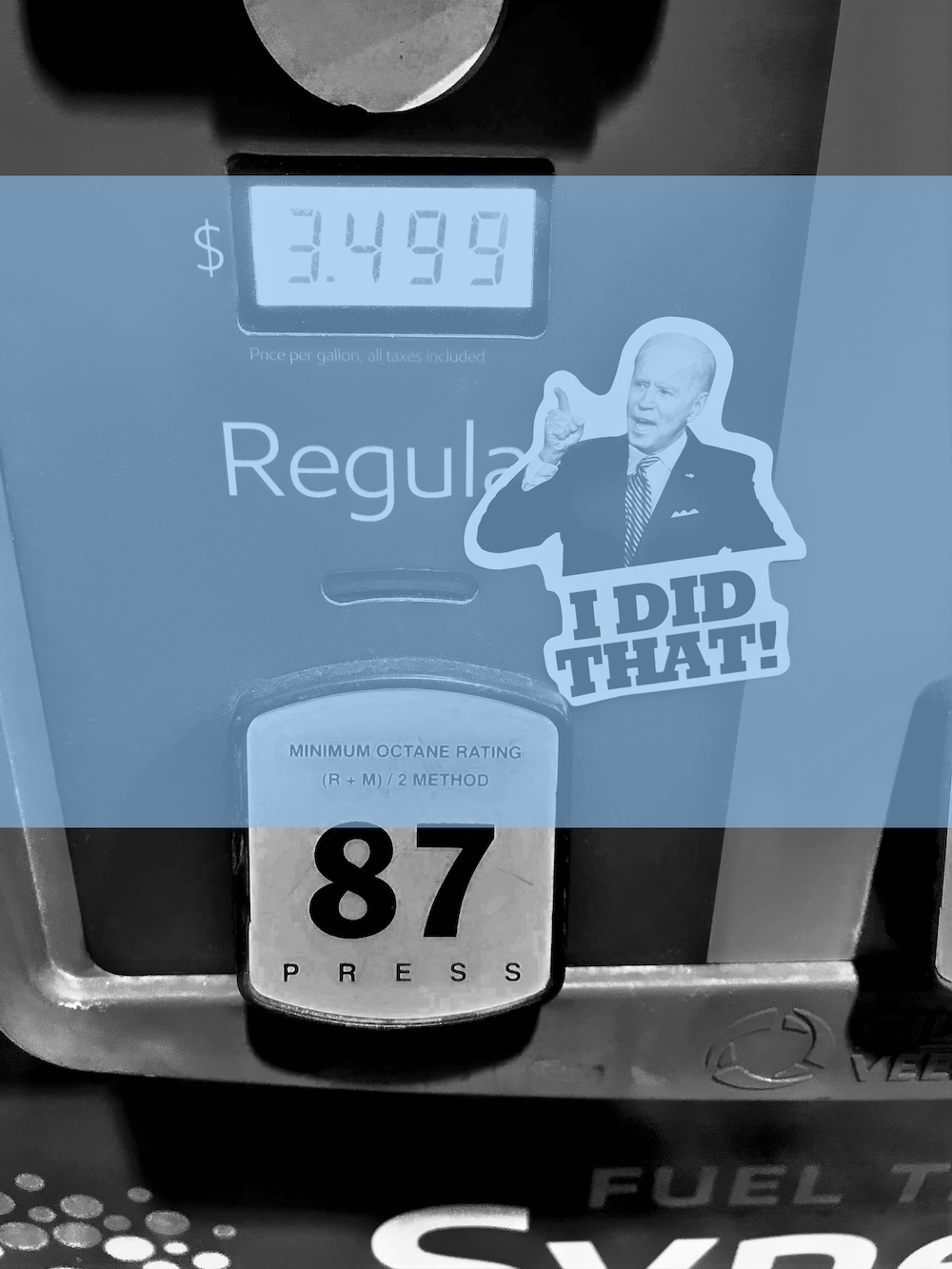 Partisan Politics at the Pump — Photo taken at a gas station blocks away from Gravity Exists' office.