Gold: Poised To Shine Or Losing Its Gleam? 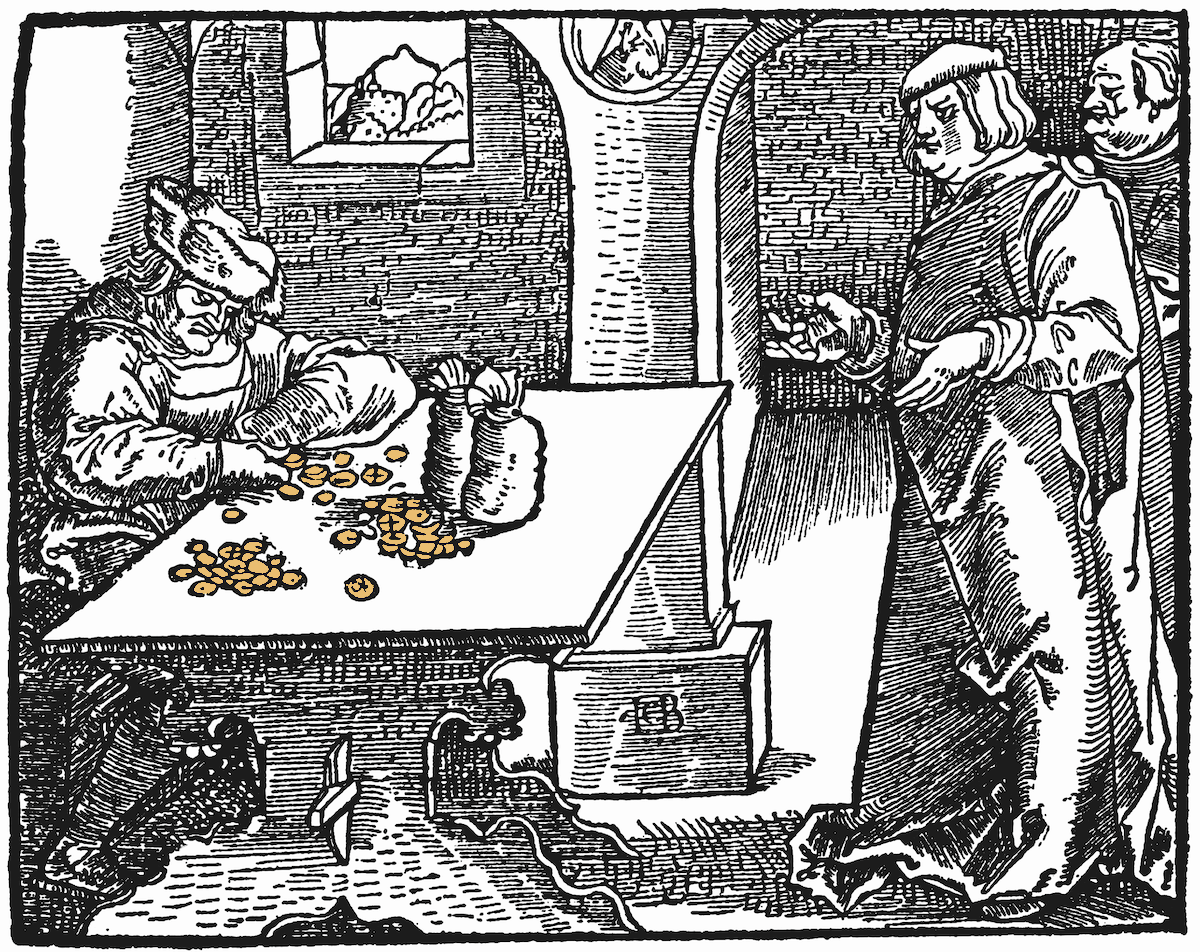 The Counting Room — A money changer counts gold and silver coins in a woodcut by Hans Baldung (1485–1545). Baldung, an assistant to Albrecht Dürer, was an influential artist of the German Renaissance. During Baldung’s lifetime, Europe experienced a period of inflation known today as the “Spanish Price Revolution,” a period of sharply rising costs resulting from the Spanish and Portuguese empires importing massive amounts of gold and silver from their newly conquered territories in the Americas. A rapidly expanding monetary base, combined with urban populations rebounding from plagues of the prior centuries, drove inflation levels that had a disruptive impact on European societies.

Geopolitical turmoil and macroeconomic uncertainty have historically been strong bullish catalysts for gold. Traditionally, precious metals are viewed as a store of value during periods of rising inflation and a “safe harbor,” providing protection from monetary volatility.

This relationship has held true in 2022, with gold prices staging an impressive run in the first four months, with spot levels up five percent year-to-date on a US Dollar basis.

According to some analysts, despite its recent highs, gold’s reaction to the sharp spike in US CPI data and the Russian invasion of Ukraine has more room to run with comparable historical crises. Correlations to the US Dollar and the S&P 500 are tight on a rolling three-month basis, but they have recently weakened across shorter time horizons. Likewise, the correlation to US CPI remains strong but has failed to exhibit a rally in line with past hyperinflationary spikes (see chart).

Market pundits have offered various explanations for this lagging relative performance, ranging from peak inflation assumptions to concerns that the metal, which pays no interest, will lag as bond-yields rise. A less conventional argument proffered by some investors, notably Cathie Wood of Ark Invest, holds that volatile cryptocurrencies have assumed the hedging role formerly played by precious metals.

Strategists at major banks are divided over gold’s prospects.

RBC’s commodity research team presented a glass-half-empty argument in an April 20 research report. “The perceived safe-haven bid and store of value trade have been in the driver’s seat, overriding some otherwise less constructive macro headwinds.”

“For us,” the report continues, “given how the market is pricing in inflation and economic risk as well as geopolitical premiums into gold, it is more of a question of duration and shifting probabilities between our high and middle scenarios.”

According to RBC’s analysis, while current market jitters support gold prices in the near-term, longer-term macro relationships still point to lower gold prices eventually. “We think that gold will be increasingly challenged as it trades near our high scenario prices and that it would take an economic meltdown and lingering impacts outside the context of what the market is currently discussing to really build sustainably beyond that point.”

Meanwhile, precious metals analysts at Goldman Sachs hold a strongly bullish view across multiple time frames. In early March, the bank forecast a level for bullion at $2,500 per ounce, well below the current range for spot prices. In a note issued last week, Goldman strategist Mikhail Sprogis wrote, “While swings in futures positioning may be an important near-term factor driving gold prices, we find that longer-term physical gold demand matters much more to price discovery.” According to Sprogis and his colleagues, a liquidation of futures positions during the March 2020 gold sell-off led to a sharp price drop was quickly reversed because physical investment demand remained strong.

One point of agreement among analysts is the dominance of ETF/ETP capital flows as a driver of short-term gold price movements. In a potential case of the tail wagging the dog, flows into these products have eclipsed fundamentals in the near term. Last week, RBC’s research team noted that “we see price-performance inspiring and coinciding with incremental moves in gold-backed ETPs (rather than the other way around).” According to the data issued by asset management giant Blackrock, record inflows into US gold ETPs exceeded $11 billion during March. 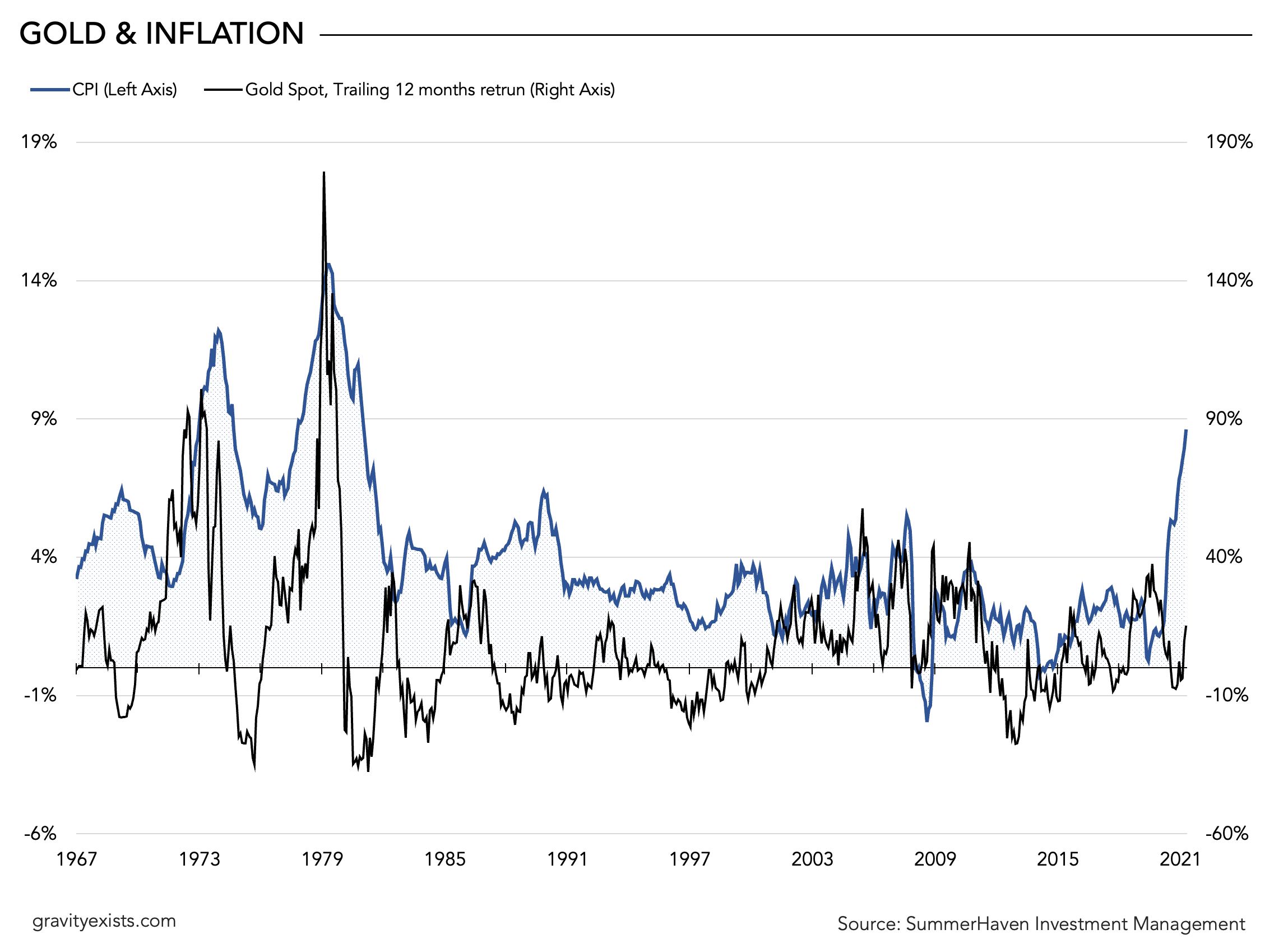 Gold & Inflation — Spot gold prices have risen by nearly 15 percent on a trailing 12-month basis, a strong return but significantly more muted than the metal’s rallies during past hyperinflationary cycles.