Russian Invasion — Russian military forces invaded Ukraine on February 24, 2022. To date, the conflict has created more than 4.5 million refugees, significant civilian casualties and deaths, and the greatest political crisis in Europe since the second world war.

Six weeks after the death of Soviet leader Joseph Stalin, President Dwight Eisenhower — Stalin’s ideological and military opponent in the cold war — succinctly summed up the economic impact of military conflict in a speech delivered to the American Society of Newspaper Editors.

Every gun that is made, every warship launched, every rocket fired signifies, in the final sense, a theft from those who hunger and are not fed, those who are cold and are not clothed.

The Russian invasion of Ukraine in late February was a wake-up call for values-based investors. As the US and EU imposed escalating sanctions against the Russian Federation, the market value of Russian assets plummeted. The conflict and international response marked the first time some values-based investors would consider their exposure to Russia in depth.

According to data compiled by Morningstar, over 14 percent of funds that self-identify as ESG or Sustainable held Russian assets when the conflict began. These exposures, in some cases, included firms directly backed by the Kremlin. Investors in these funds immediately felt the impact of Western sanctions. “We see companies with huge losses and closures popping up every day, while many of the smaller companies go bust,” says Dag Messelt, co-founder of SustainAX, an ESG research and advisory firm based in Malmö, Sweden. SustainAX’s client base includes asset managers, companies, and investment banks.

In the wake of the invasion, many US and European institutional investors rushed to get ahead of a negative news cycle by disavowing Russian holdings. CalPERS Board of Administration President Theresa Taylor announced in a March 3 statement that “CalPERS has ceased all transactions in Russian publicly traded equity and has stopped the flow of any new investments into the country.” While institutions like CalPERS have been quick to liquidate public equity and bond positions, private assets are proving harder to exit. In the same release, Taylor indicated the pension is reviewing its Russian real estate investments to determine a “path forward.”

Asset owners’ concerns quickly extended beyond Ukraine as they reassessed exposures in other non-democratic states. Chief among these exposures is China, the second-largest economy by GDP.

Values-based portfolios hold significantly more Chinese assets than Russian assets, with Bloomberg estimating total investment at more than $290 billion in Chinese assets in aggregate. China’s alignment with Putin is a particular concern for ESG investors, as is Beijing’s ongoing oppression of the Uyghur minority in Xinjiang. China’s outsized role as a global supply chain manufacturer also makes any action from Beijing felt by companies well beyond its borders.

Portfolio managers tasked with ethical investing now face tough questions from investors over the sudden scrutiny of assets domiciled in controversial countries. “This topic has not been focused on, if at all, until now,” says Messelt. “The emphasis instead has been on the business opportunities in emerging markets.”

Messelt doubts that investors will abandon emerging and developing markets entirely as they conclude ethical businesses operating under compromised regimes remain investible. What will change, he says, are the risk assumptions allocators make about future volatility. “Market sentiment is shifting to a more realistic state where many of these markets will likely see quicker risk premium jumps as soon as there are signs of worsening conditions.”

This world in arms is not spending money alone. It is spending the sweat of its laborers, the genius of its scientists, the hopes of its children. The cost of one modern heavy bomber is this: a modern brick school in more than 30 cities.

The long history of values-based investing intertwines with religious and cultural groups, many of which espouse pacifism and/or international cooperation. Although Morningstar estimates that today only 23 percent of public mutual funds and ETFs in the space explicitly prohibit investments in military contractors, avoiding defense exposures is generally the norm. Most ESG investors approach the defense sector from a purely moral perspective rather than a geopolitical one.

“Some ESG portfolio managers have the conviction that it is appropriate to own defense contractors,” says Robert Brown, founder of Atlas Impact Partners, an equity hedge fund manager. The decision weighs the perceived ethics of weapon production rather than the government deploying them.

“If it works within your framework, you need to be disciplined in your process,” Brown continues. “As the geopolitical situation changes, you need to be certain the defense contractors you have positions in only sell goods to governments whose goals and actions you agree with.” Brown has years of experience in the values-based investment space. Prior to co-founding Atlas, he served as head of Research for Just Capital and held senior portfolio management positions at multiple firms, including Alliance Bernstein.

Data compiled by Goldman Sachs’ sustainable investment research group (GS SUSTAIN) indicates that aerospace and defense companies are some of the most underweight segments held by ESG funds. The sector is the second-most underweight relative to benchmarks, after only Tobacco. Amongst European funds defined under Article 8 and 9 funds of the Sustainable Finance Disclosure Regulations adopted by the EU last year, Goldman estimates that aerospace & defense companies are -79 percent and -91 percent underweight versus benchmark indices, respectively.

According to Goldman, the conflict in Ukraine has caused a sudden about-face among asset owners, however. In a report issued on March 16 titled “Defense and the Divestment Dilemma,” Goldman noted that “over the past few weeks, since the Ukraine crisis began and notably since the German defense budget announcement, we have seen a significant increase in incomings from investors on defense stocks…. This may have the ongoing effect of encouraging funds currently underweight defense to reconsider the sector and drive further flows into the names.”

The S&P Aerospace & Defense Index has returned a gain of 4 percent versus a decline of almost 6 percent for the S&P 500 year-to-date.

For some ESG investors, turmoil in the agricultural, industrial metals, and energy sectors due to the war has led to some soul searching.

Ukraine is the third-largest exporter of iron and steel, and Russia accounts for almost half of global nickel production and over 40 percent of palladium output.

Putin is fighting back against sanctions and propping up the Ruble by weaponizing Western European dependence on natural gas and global oil exports, leading to a worldwide political backlash. European leaders have called for a moratorium on gas imports from Russia. The US Congress passed legislation last week banning all energy imports from the nation, although it has yet to be signed by President Biden.

The threat to vulnerable populations presented by these supply disruptions has some investors considering extending green mandates to include liquid natural gas (LNG) production and industrialized farming techniques considered uninvestable just months ago.

In the US, the shift among values-based investors’ approach to the energy and other commodity-based industries may be less dramatic than that of their European counterparts since the American ESG community has more disparate mandates and fewer regulatory guideposts. According to some industry analysts, this diversity has become more pronounced as the market segment has expanded rapidly.

“More and more wealth managers have reached out to us in recent years, seeking to develop their own ESG strategies,” says Align Impact’s Fabian Willskytt. “Over that time, we have seen a significant transition from early adopters among newfound entrepreneurial wealth in coastal regions to increasing interest among managers working with more established familial wealth in the interior.”

A Hard Path Ahead

As the conflict in Ukraine grinds on, many ESG managers conclude the complex decisions facing values-based investors will multiply. Reexamining their priorities may lead to unwelcome changes for some, but SustainAX’s Messelt finds having an ESG risk framework that can evolve is fundamental to investing.

“It cuts to the very nature of ESG risks,” he says. “They are not constant. They change in accordance with the focus of investors and other stakeholders.”

Russian Invasion — Russian military forces invaded Ukraine on February 24, 2022. To date, the conflict has created more than 4.5 million refugees, significant civilian casualties and deaths, and the greatest political crisis in Europe since the second world war. 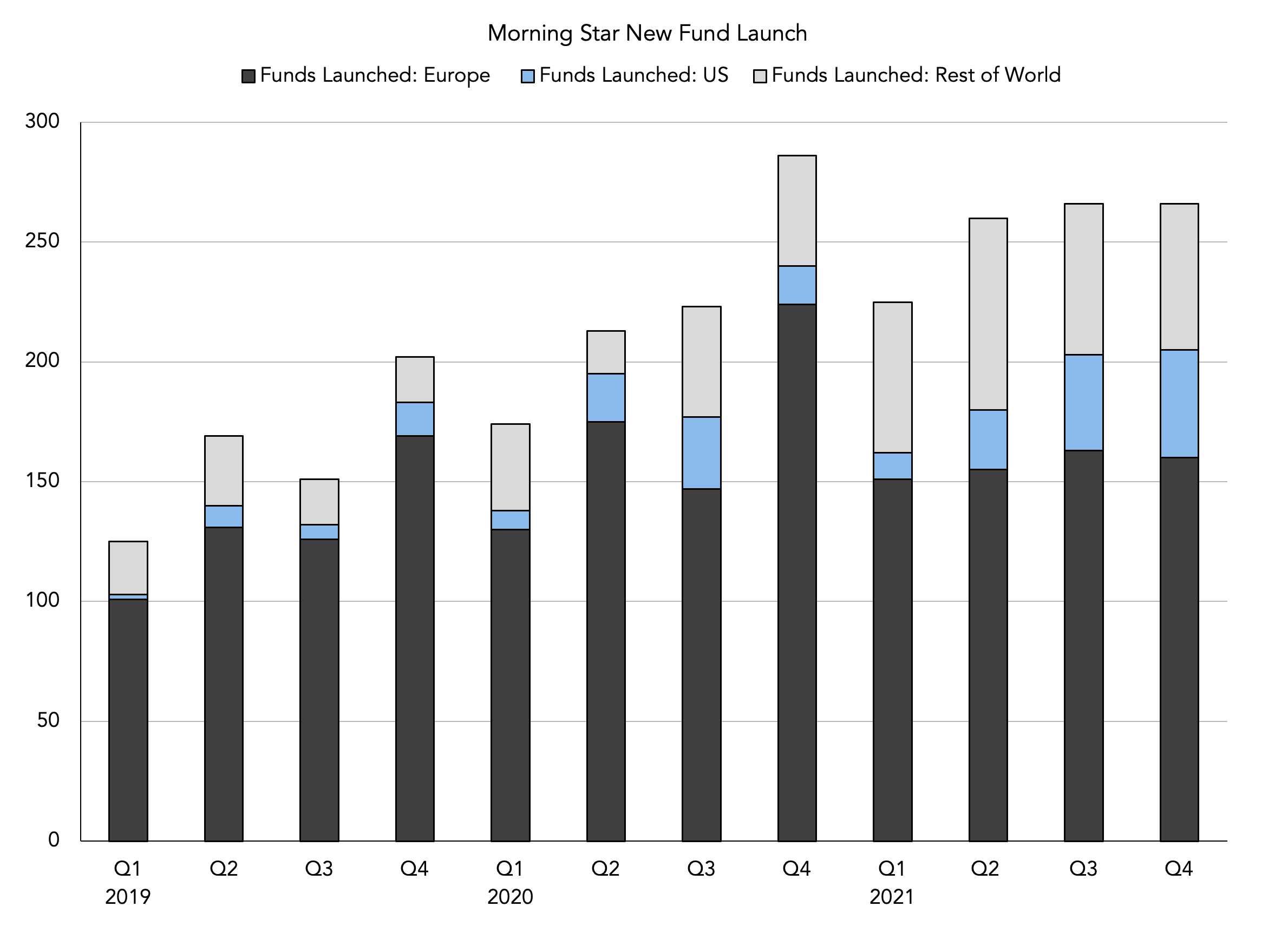 EUROPE HOLDS THE LEAD — As global interest in ESG and Sustainable investments grow, European launches continue to outpace those in rest of the world by a significant margin. Of the 266 new funds in the category that came into being in Q4 of 2021, 60% were European. The US registered a record 45 new sustainable fund launches for the period. Source: Morningstar

A Timeline of Values-Based Investing — Early values-based investors were dominated by religious organizations before the 20th century. The Quaker Friends Fiduciary Corporation, founded in 1898, pursued an investment mandate with no defense, alcohol, or tobacco investments and is often held up by scholars as the first modern example of values-based investing. A timeline of critical developments in ESG and Sustainable Investments illustrates its rapid expansion among investors and regulators over the past three decades, despite deep historical roots.

“Ultimately, every decision you make — every allocation of capital — is in some way an ethical decision.” 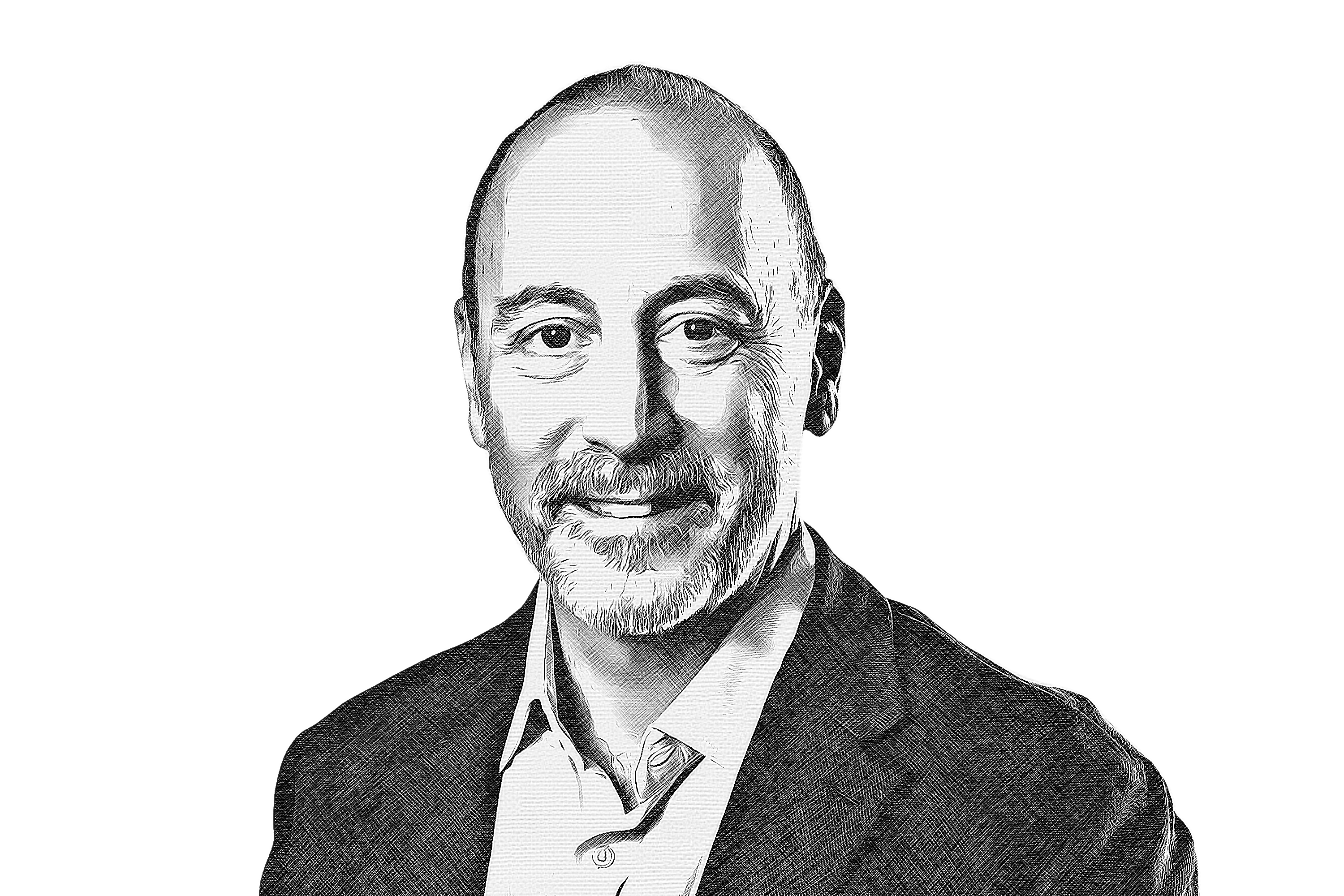 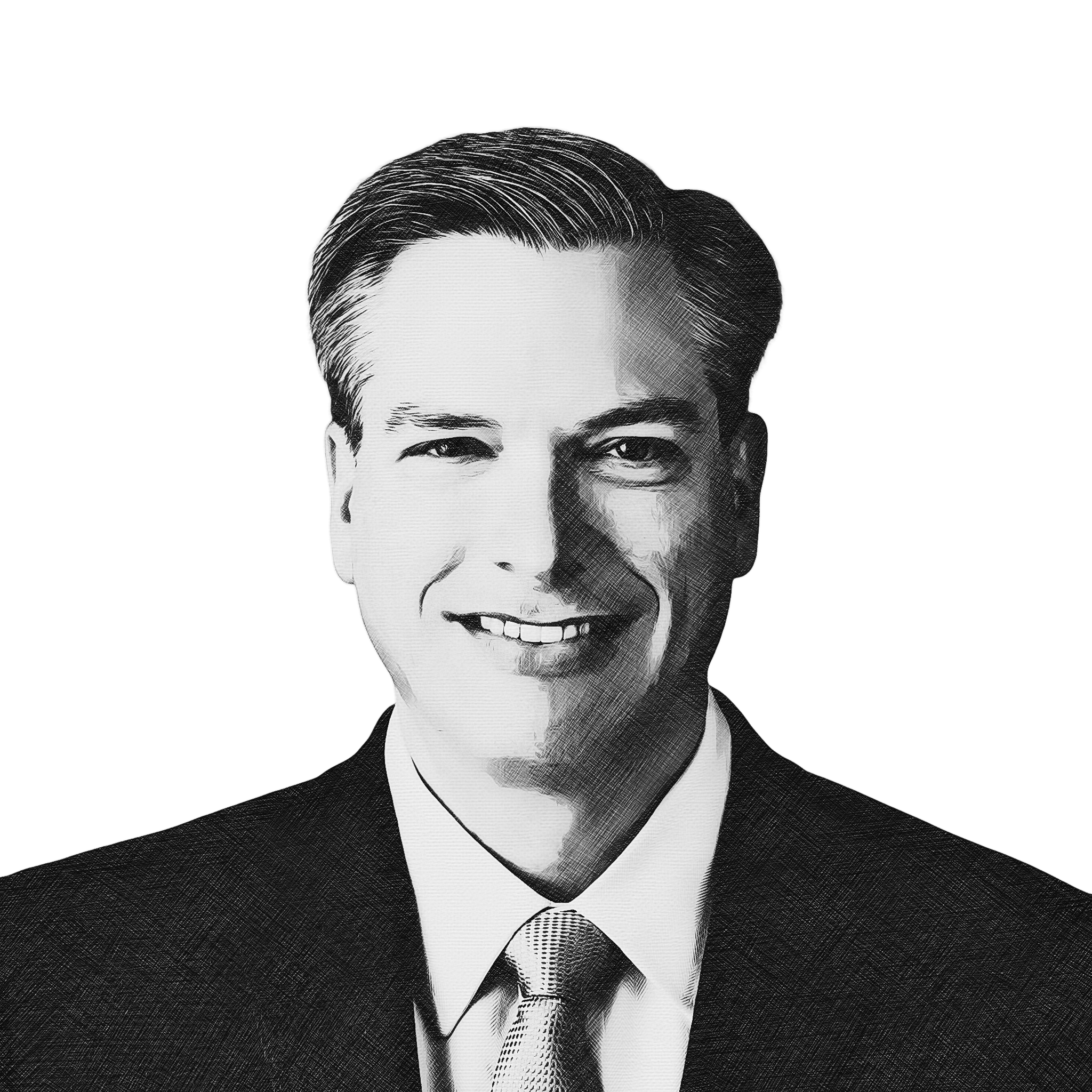 Prior to entering public service, Mr. Oaks had a career in finance spanning asset management and investment banking roles.