Soft Landing? Allocators Brace for Volatility as the Fed Tightens 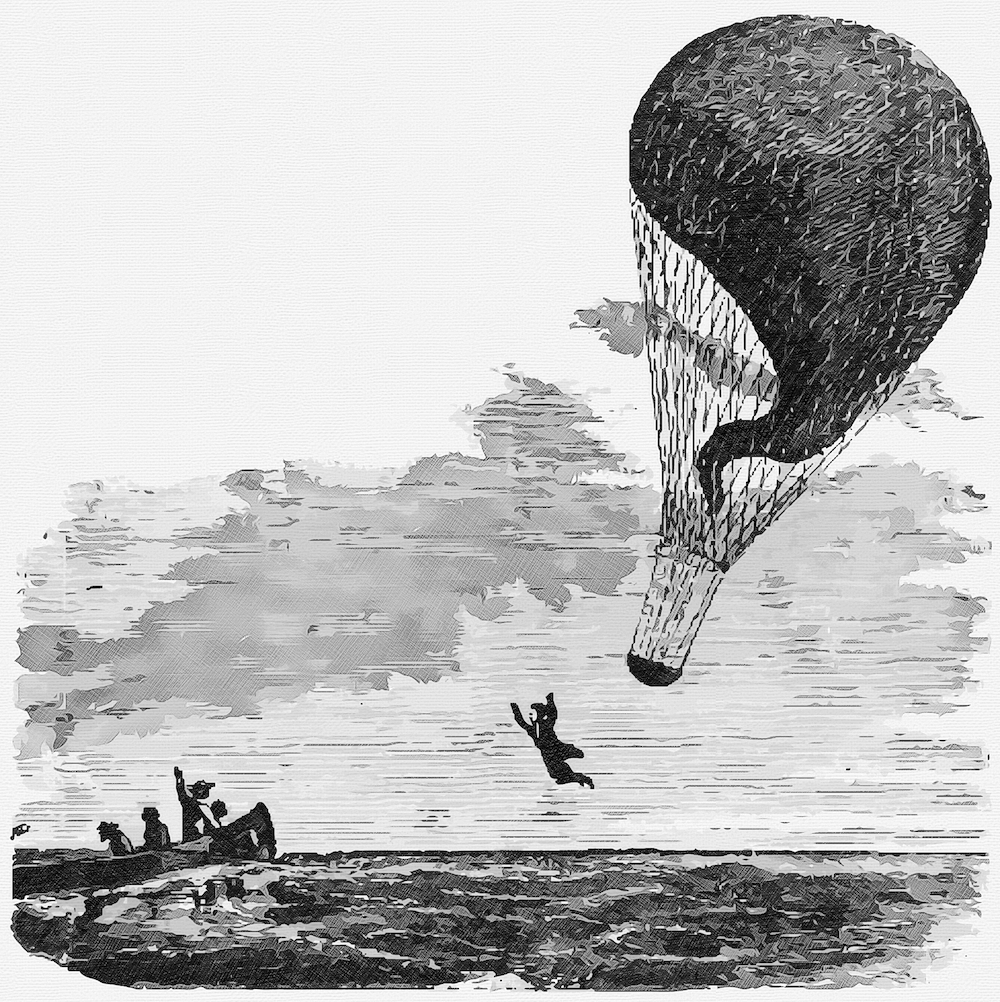 HOPING FOR A SOFT LANDING — While policymakers at the Federal Reserve begin the process of tightening investors are bracing for potential volatility. IMAGE: Engraving of John Steiner’s ill-fated 1857 attempt to cross Lake Erie in a hot air balloon.

“I cannot foresee any scenario at all where you’re not going to have a lot of volatility in markets going forward,” said JP Morgan Chairman and CEO Jamie Dimon in his characteristically blunt style during the bank’s first-quarter earnings call on April 13. “And I think people should be prepared for that.” Dimon’s prediction of a rocky path ahead is unwelcome for investors already rattled by recent market action.

2022 has been trying for markets so far. The S&P US Government Bond Index has declined by more than 6.8 percent year to date. The S&P 500 equity benchmark has fallen by almost 8 percent. And the CBOE volatility index remains above multi-year average levels.

Sharply rising inflation weighed on allocators’ minds over the past two quarters, along with anticipation over policy actions the Fed is preparing to combat this price pressure.

At the March FOMC meeting, US policymakers increased the benchmark rate by 25 basis points, the first rate hike since 2018. It indicated six more increases are likely before year’s end as the bank simultaneously slims down its balance sheet. By charting the most aggressive course of action in a generation, the Fed hopes to temper inflation levels that have reached multi-decade highs in recent months.

As a result, investors now face a complex macro setup with unprecedented policy risks that may impact all asset classes. “We’ve never been through — ever — QT like this,” Dimon noted on the call.

When the US economy emerged in 2021 buoyed by vaccines, an historic rebound of the labor market, and expectations of returning normalcy, a chorus of bank economists and market strategists began urging the Fed to act to stave off hyperinflation following the unprecedented stimulus measures passed by Congress during the Covid 19 crisis. Now that surging prices have come to pass, the arguments for tightening seem less certain.

The macro debate among investors centers on whether the Federal Reserve can rein in inflation without triggering a recession. The task is monumental, with the Fed targeting an inflation rate of 2 percent by 2024 — a full 6.5 percent below the CPI level registered in March. The US central bank has not managed to curb price growth by such a significant margin without an ensuing recession since World War II. The critical variable the FOMC appears to be relying on is a robust job market capable of absorbing substantial tightening.

Congress tasked FOMC with controlling inflation first and foremost during its first four decades of existence. Then in 1977, the committee was given a dual mandate to safeguard against excessive price pressure while also supporting the job market.

Inflation hawks argue the current labor market makes the risk of a recession brought on by Fed tightening remote. That the current unemployment rate is approaching pre-pandemic levels of 3.6 percent — near the lowest recorded since the Eisenhower Administration — suggests there is significant room for policymakers to maneuver.

Some analysts and investors argue a rapid benchmark rate increase will be counterproductive. They suggest March’s consumer and producer index readings likely represent peak inflation and that too much tightening too soon will lead to a hard landing for the broad economy. Adding to these arguments is a cloud of macro fears tied to the war in Ukraine and fresh Covid lockdowns in China threatening global GDP.

In an April 11 report deliciously titled “When Doves cry… Will Powell hear them (and will it be too late)?” RBC Capital Markets Chief economist Tom Porcelli argued current data support the case for a more nuanced tightening path.

According to RBC’s analysis, the pieces are already in place for core inflation to slow quite a bit this year. Porcelli argues peaking wages and inventory levels are meeting consumers tapped out from gorging on durable goods during the pandemic. Aggressive action now runs the risk of triggering an unnecessary recession.

“Can the doves wake up and save Powell from himself this year like the hawks tried to do last year?” Porcelli asks. “Here is the problem. If they are waiting for some degree of obvious weakness before reigning in Powell, then it will be too late.”

While making a glass-half-empty case for Fed policy, Porcelli concludes on the positive side that even if rapid tightening triggers a recession, no meaningful imbalances suggest any recession would be more than short-lived.

The current mantra among market strategists and asset managers is that while investors can hope the Fed successfully navigates a soft-landing, they should prepare for worst-case scenarios at the same time. While each will make a case for an approach tied to their unique mandates and clients, one clear consensus is that the passive 60/40 allocation is likely to underperform in the coming market cycle.

HOPING FOR A SOFT LANDING — While policymakers at the Federal Reserve begin the process of tightening investors are bracing for potential volatility. IMAGE: Engraving of John Steiner’s ill-fated 1857 attempt to cross Lake Erie in a hot air balloon. 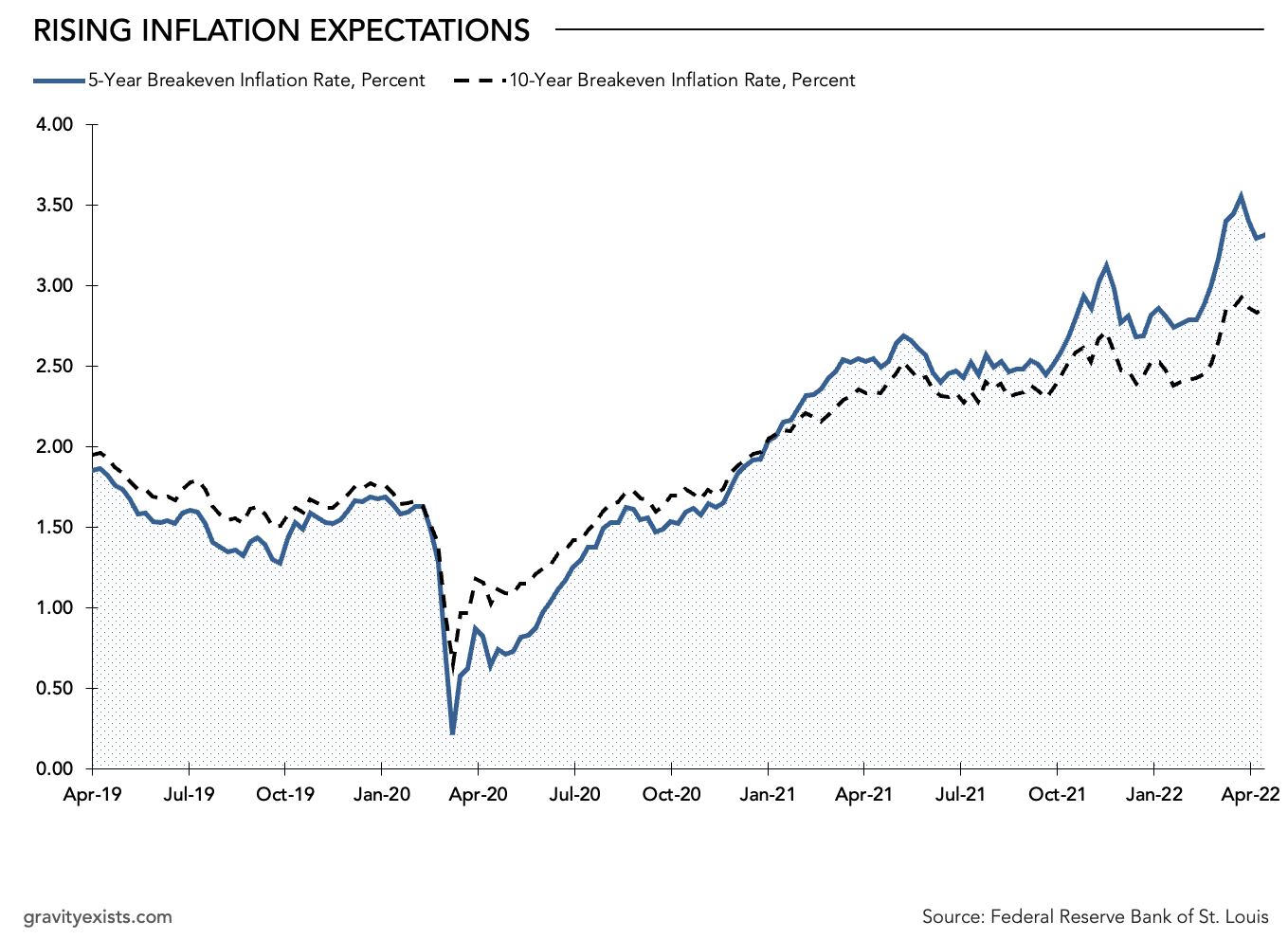 Rising Inflation Expectations — The 5- and 10-year inflation expectations implied by the spread between US Treasury Bonds and Treasury Inflation Protected Securities (TIPS) remain lower than 3.5%. While well above multi-year averages, this represents confidence that current inflation levels will moderate in the near-term.

“The end of quantitative easing will punish businesses that don’t generate profits.” 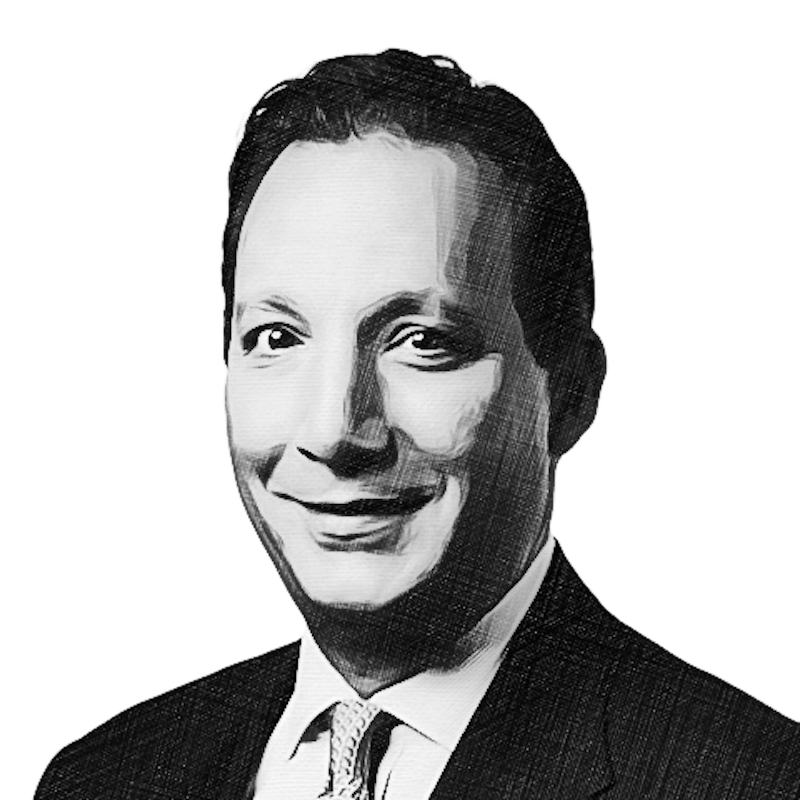 “It is about choosing positions with the most attractive risk-reward ratios.” 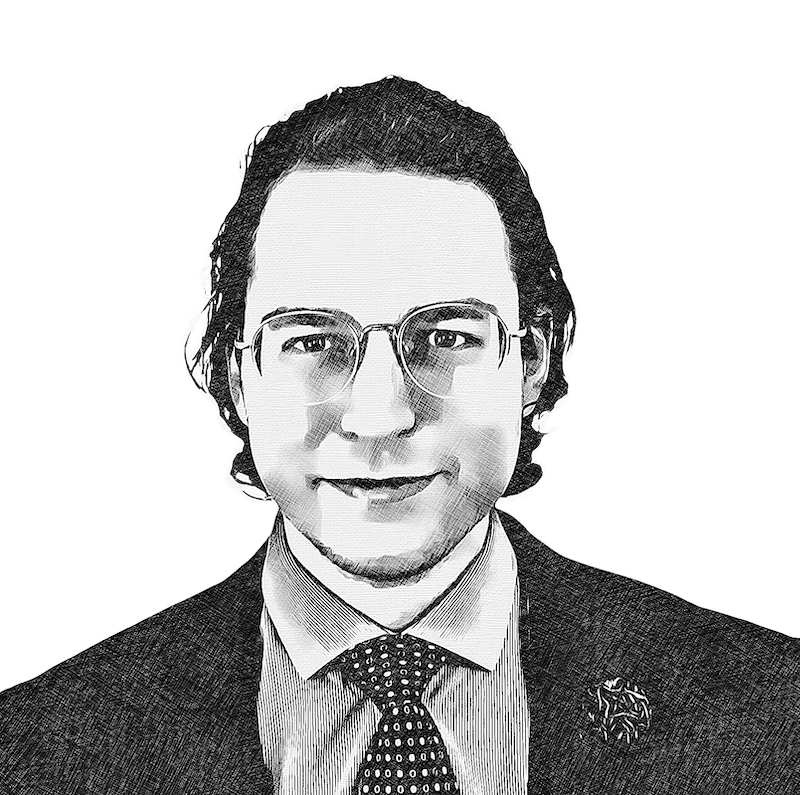 UBS Asset Management oversees $2.6 trillion in assets with clients in more than 50 countries.

“It remains very difficult to be broadly bullish on equities.” 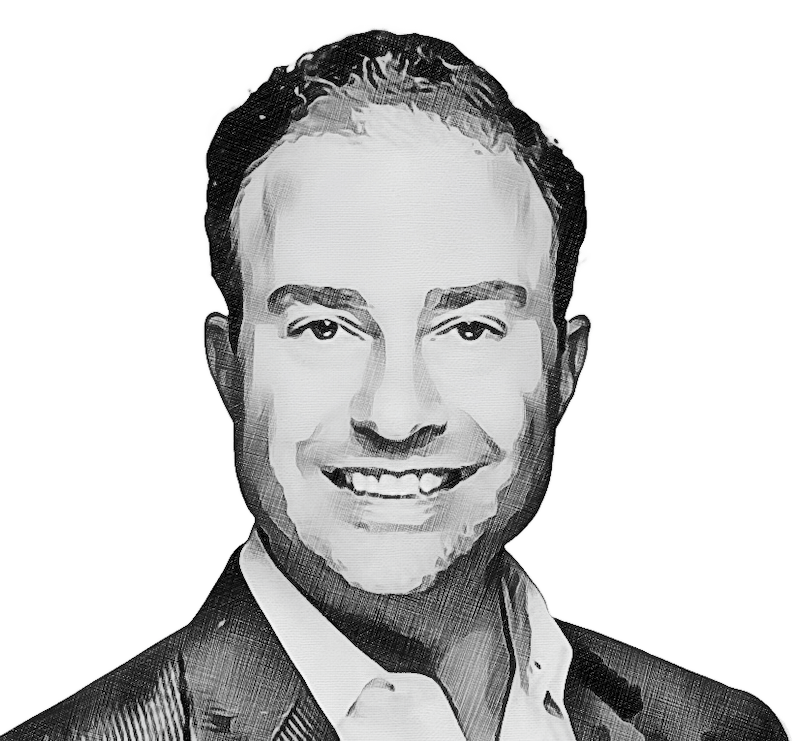 “This environment calls for investors to use a wider toolkit.” 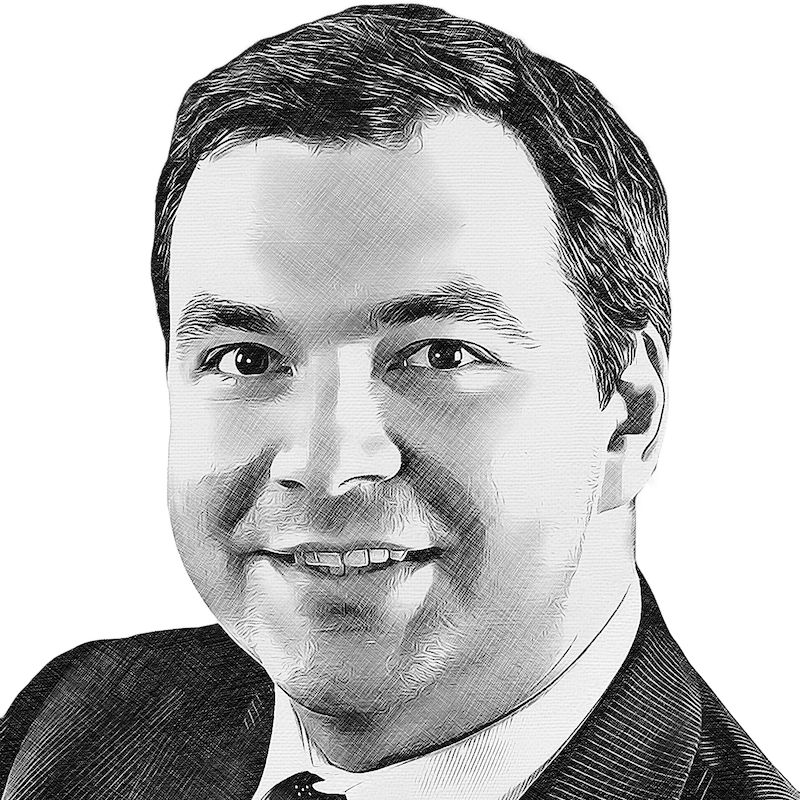