Private Equity: Are Wealth Managers Jumping on at the Peak? 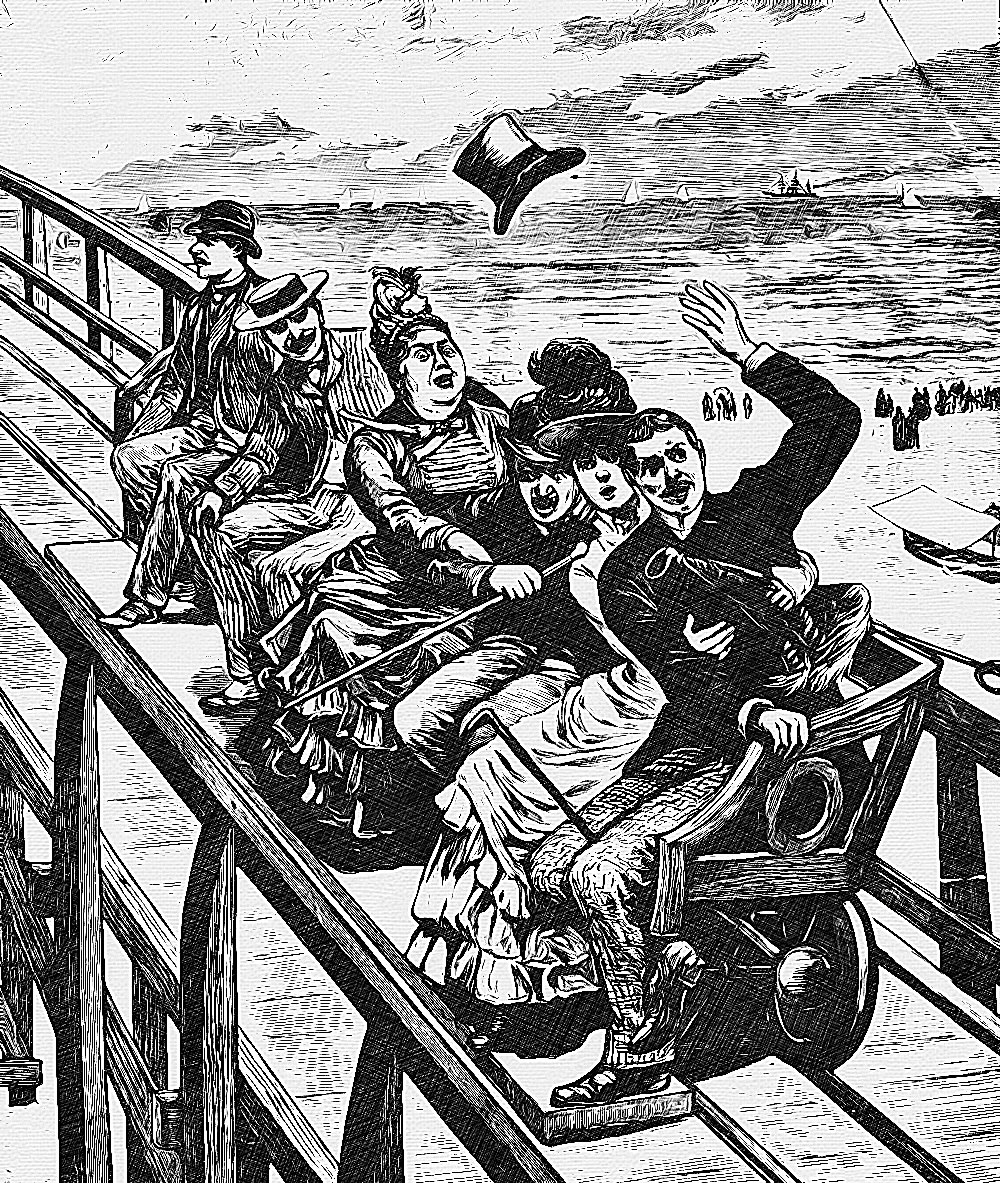 Hanging On — The first purpose-built roller coaster was open to the public in Coney Island Brooklyn in 1884. Designed by LaMarcus Adna Thompson, the ride was known as the “Gravity Switch-back Railway.” In 1885 Thompson’s competitor Phillip Hinkle introduced the “Gravity Pleasure”, the first rollercoaster to use mechanical lifts and the first to seat passengers facing forward rather than sideways.

2021 was an excellent year for private equity managers. Global assets for funds in the segment rose by 38 percent year-over-year by the end of the second quarter, bringing the total under management to $6.3 trillion, according to estimates by McKinsey.

It was also a good year for M&A bankers who advised on PE fund–led deals and the marketers selling the funds. Over 14,000 transactions involving sponsors were reported, while $680 billion in fresh capital inflows replenished PE fund coffers.

Everything changed in 2022. As April ends, buyout funds, like all equity investors, face a mounting wall of macro worries. Rising yields, a war in Europe, and disruptive trade tensions have pulled US public equity benchmarks down by double digits, casting a shadow over prospects for PE deal exits for the near term. Shares of Blackstone have fallen by almost 15 percent year-to-date, and those of Apollo and Carlyle have each declined by more than 25 percent. All three are underperforming the S&P 500 on a price return basis.

As the largest private equity managers seek to increase their market share in this challenging environment, they increasingly turn to new funding sources.

RISE OF THE RAVENOUS MEGAFUND

According to data from Pitchbook, as of March 31, at least nine established PE funds expect to take in $20 billion or more this year, with fresh launches by both Hellman & Friedman and Blackstone targeting much more. On their own, these nine funds are seeking commitments of more than $225 billion, or almost 75 percent of the AUM raised by the PE industry in total last year.

While AUM has concentrated on an increasingly small group of dominant players, the rapid pace of deals has caused the need for fresh capital to soar. Pitchbook data indicates that the rate of PE capital calls has increased rapidly, with the drawdown for many major funds declining from four or five years to just three. This frantic pace has left some institutional allocators committed at or near their full mandate and, combined with the ravenous capital appetites of “megafunds,” is creating ever greater fundraising competition. Anecdotal reports suggest that many large firms are now offering discounted management fees to smaller clients, an uncommon practice in years past.

In a research report on Blackstone Group issued on April 22, Goldman Sachs analyst Alexander Blostein and his colleagues recounted a discussion where they broached the issue with the PE giant’s management. “Similarly to TPG, BX brought up the fact that private equity fundraising for the industry could face some headwinds after two record years largely amid a cash flow disconnect between capital returned to LPs and capital calls, and the denominator effect where private markets have significantly outperformed public markets, particularly YTD, resulting in a tactical over-allocation to private equity as an asset class.”

While Blostein sees institutional investor exhaustion as a growing issue for the industry, the report expresses confidence that the largest managers will be able to access new markets due to scale and stronger track records of returning capital to investors.

The insurance industry is one of these new avenues for major PE players seeking to raise new assets. In recent quarters, managers including Blackstone, KKR, and Apollo have reportedly taken on new investments from insurance companies as part of a growing trend. According to Goldman Sachs Asset Management’s annual insurer survey, 99 percent of respondents planned to increase or maintain private investment exposures in 2022, with 44 percent planning to increase exposure to PE specifically, versus only 2 percent planning to reduce exposure to the segment.

WITH SOME INSTITUTIONS TAPPED OUT, PE TAPS RETAIL

While the largest managers seek new institutional prospects, they–along with middle-market and smaller players–are also increasingly focusing on the wealth management segment in the quest for AUM. While the regulatory and logistical hurdles involved in selling illiquid limited partnerships to retail investors are daunting, the scale of the opportunity is massive. In a 2019 presentation to the SEC’s Small Business Formation Advisory Committee, John Finley of Blackstone noted that, while retail investors globally own more than $100 trillion in financial assets, the group currently has fewer than 5 percent of assets allocated to alternatives.

Blackstone is not alone in eyeing the space. Goldman’s Blostein discussed the importance of retail distribution to KKR’s fundraising going forward in a recent note. According to the report, KKR plans to aggressively expand its distribution to family offices, high-net-worth individuals, and Asian private wealth and has already joined multiple distribution platforms.

This turn of events comes as no surprise to industry experts. “Well, the private equity industry has maxed out the institutional community to a large degree,” says Jeff Hooke, a multi-decade private investment professional and a senior lecturer at the Carey Business School at Johns Hopkins University. “With a green light from the SEC and the DOL, it makes sense that they are now going to pursue retail investors more aggressively.”

According to reports, Blue Owl and Ares entered the retail space in recent quarters, while iCapital, CAIS, and Yieldstreet have established alternative investment distribution platforms for wealth managers to compete with the wirehouse offerings. Additionally, some private equity-backed rollups in the wealth management RIA segment have also developed private investment distribution networks.

Perhaps the most coveted prize in retail for alternative managers is the $6 trillion 401(k) segment. While both public and private sector pension funds have been among the most ardent PE investors, defined contribution plans sponsored by employers have remained on the sidelines. That may be changing.

In 2020 the US Department of Labor (DOL) issued an Information Letter addressing the possibility of PE funds in defined contribution retirement plans. In the letter, Louis J. Campagna, chief of the DOL’s Division of Fiduciary Interpretations, concluded that, under some circumstances, private equity exposures might be allowable under the Employee Retirement Income Security Act (ERISA). Subsequent excited headlines about the potential for 401(k) plans to swell the AUM of private equity managers triggered a supplemental statement in December 2021 clarifying that the DOL did not intend the letter as a blanket endorsement of private investments.

The DOL letters contemplate a “professionally managed asset allocation fund with a private equity component” rather than a direct investment, leaving the door open for PE managers to approach the 401(k) market indirectly via a multi-asset vehicle, such as a target-date mutual fund.

To date, the adoption of PE by plan sponsors has been slow. A survey conducted by PGIM last year concluded that a mere 7 percent of 401(k) plan sponsors were offering, or considering offering, investment products with PE exposure.

MARK-TO-MARKET OR MARKING A TOP?

In the coming weeks, we will be discussing the environment for private equity with several key experts drawn from different academic and market disciplines. The timing is fortuitous since, during our inaugural quarterly reader survey last month, we discovered that many subscribers are increasing, or considering increasing, private equity allocations.

Our first interview is with Jeff Hooke of Johns Hopkins, covering the risks presented by a lack of transparency in valuation and performance reporting and what the recent trend of PE managers postponing the sale of assets may mean for investors going forward.

Hanging On — The first purpose-built roller coaster was open to the public in Coney Island Brooklyn in 1884. Designed by LaMarcus Adna Thompson, the ride was known as the “Gravity Switch-back Railway.” In 1885 Thompson’s competitor Phillip Hinkle introduced the “Gravity Pleasure”, the first rollercoaster to use mechanical lifts and the first to seat passengers facing forward rather than sideways. 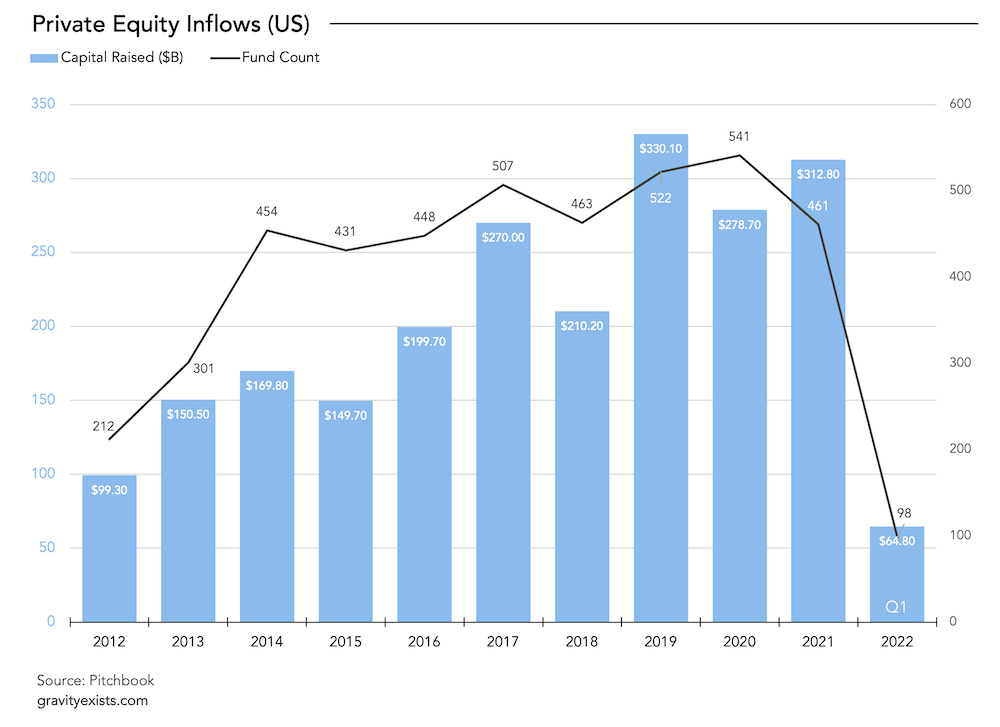 Rising Tide — Private Equity inflows were robust in 2021 as competition increased among managers vying to win allocations from institutional investors.

"The belief that private markets consistently provide outperformance and less risk is an upside-down worldview." 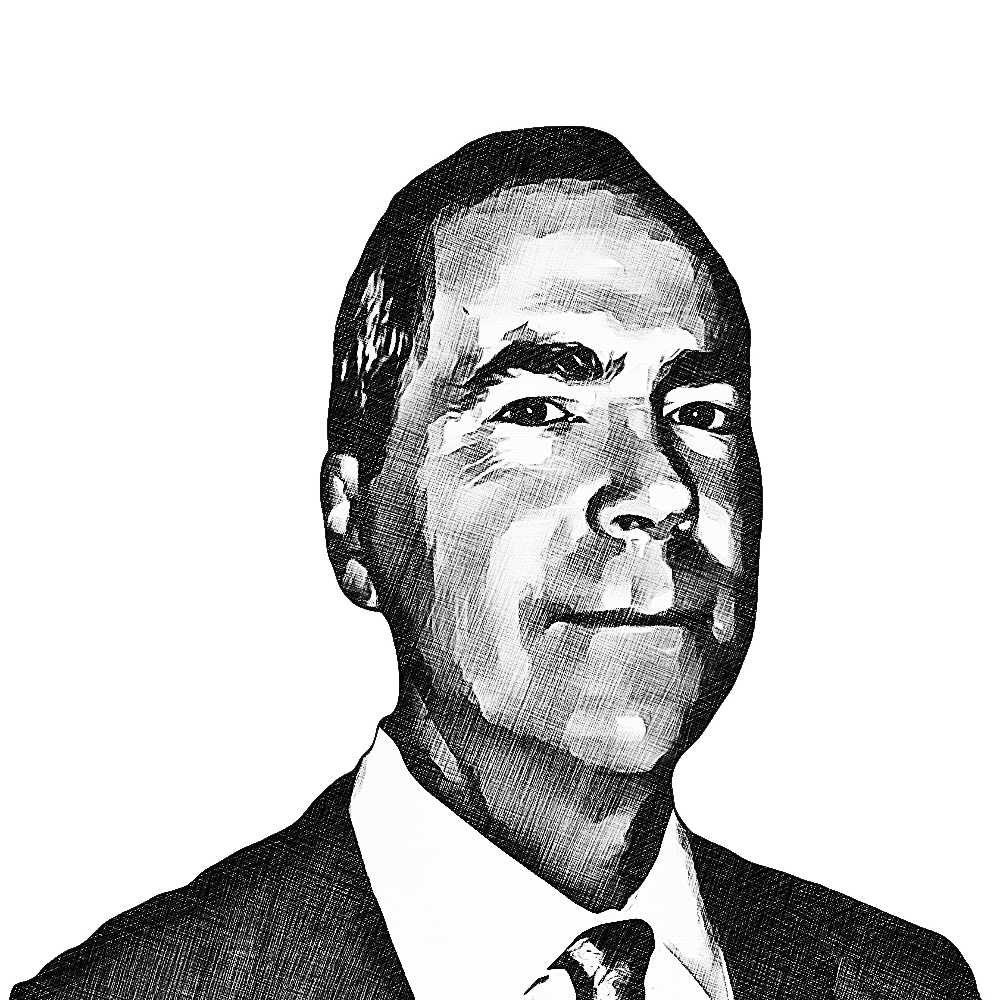 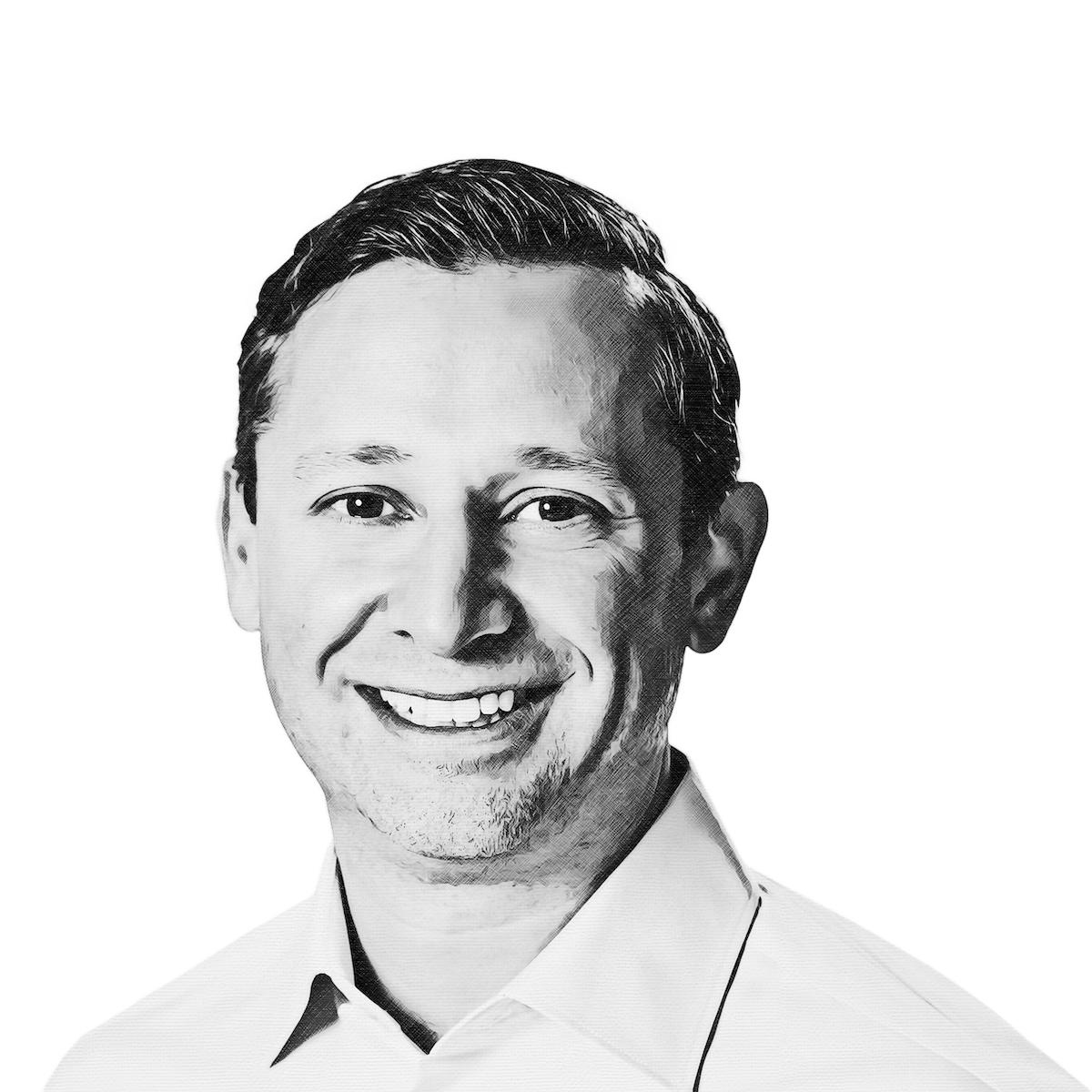 Rakhlin has decades of experience investing in and advising financial services firms.