The (PE) Emperors Have No Clothes

Jeff Hooke has more than three decades of capital markets experience as a private equity portfolio manager and investment banker in the US, Europe, and emerging markets. His past roles include serving as the principal investment officer of the International Finance Corporation, the $30 billion private sector division of the World Bank. Hooke, author of books including “The Myth of Private Equity,” is currently a senior lecturer at the Carey Business School at Johns Hopkins University. Gravity Exists recently spoke with Hooke about the potential impact of macroeconomic trends on the private equity industry in the near term and what risks he sees for allocators in the years ahead.

We recently conducted a quarterly survey of our readers, many of whom are wealth managers and family offices. A common thread we discovered was increased interest in private equity allocations. What would you share with these investors approaching the private markets now?

Well, the private equity industry has maxed out the institutional community to a large degree. With a green light from the SEC and the DOL, it makes sense that they are now going to pursue retail investors more aggressively.

The first point is incorrect. There are several independent studies from institutions such as Harvard, Oxford, and John Hopkins universities, as well as firms like Boston Consulting Group and Bain & Company that conclude that the public markets do slightly better than private equity. Those are the conclusions based on private equity’s self-reported numbers. There’s no independent, objective referee over their shoulders to say they are being totally upfront and objective and honest in this valuation. Many private equity performance numbers are confidential, hidden, and mysterious.

Then you need to factor in the fees. The total fees for a typical fund can reach 3 or 4 percent for a large institutional investor able to negotiate a better rate. A retail investor will bear a management cost that may be higher plus, potentially, additional fees collected by a fund-of-funds manager or a bank or wirehouse distributor. And that is not even factoring in the internal transaction and private debt servicing fees paid out by the underlying funds. I think it’s hard to beat the public market if you are paying 5 percent off the top.

So, that’s the first myth.

The second is that private equity presents a lower risk. That one strikes me as odd on its face because most private equity investments are more highly leveraged than a comparable, publicly-traded company. Most private equity acquisitions result in a lot of debt, and the bankruptcy rate is about 30 percent. It just seems odd to me that a highly leveraged or highly indebted company is supposed to be less risky than a similar company that trades on the stock market without the same encumberments. Of course, adding to the risk is the fact that the investment vehicle is illiquid. It’s very tough to sell once you step in as a limited partner, and you are subject to a big discount if you sell in the secondary market. Sometimes the haircut can be as high as 15 or 20 percent.

So, the belief that private markets consistently provide outperformance and less risk is an upside-down worldview that never made sense to me and contradicts finance theory going back about 60 years. But the private equity managers are marketing/propaganda machines, and at this, they are outstanding. They have convinced everybody, including the media and government regulators, that they’re the best things since sliced bread. You gotta tip your hat to them for that.

Equity markets, which are at historically high valuations, are facing a headwind of rising interest rates as the Fed fights inflation. Do you think an extended bear market for public equities could be a catalyst for PE managers to mark down assets more aggressively than they have during bearish cycles in recent decades?

Absolutely. If public valuations decline, the PE funds mark-to-market will also have to decline since they compare their portfolio companies against similar, publicly-traded stocks. If the public markets are depressed for a length of time, the returns of private equity funds will fall accordingly.

Your book notes a rising percentage of unsold assets inside PE portfolios over the past decade, and you predicted the trend would extend and evolve. Many large PE managers have adopted continuation funds in recent quarters. Are these vehicles, which allow sponsors to hold onto assets even longer, a portent of things to come if selling portfolio companies become harder?

The continuation fund is symptomatic of the fact that a lot of these PE deals cannot be sold at what the managers think is a fair price or a good price. They are afraid or reluctant to sell these portfolio companies at a fair market value — in other words, what someone will pay for them. So, the whole point of the continuation fund is that a manager can’t sell a portfolio company without selling it at a markdown to what they claim it’s worth. They, therefore, convince their investors that the best course is to delay the whole process for five or six years and hope things turn around.

It’s tough to sell companies. I’ve sold a bunch of them, and I can say that it’s a lot easier to buy a company privately than it is to sell one in the M&A or IPO market. Those markets tend to favor growth-oriented and technology businesses, while much of what private equity buys are low-tech, steady moneymakers. Those can be excellent companies, but they’re not going to fetch high valuations.

Your book also discussed issues with the performance rankings awarded to PE managers by third-party researchers. Since its publication, have you seen any improvement in the data available to investors?

No. I don’t really see any change at all. It would be nice to look at the performance rankings of the top 20 PE fund managers in an organized fashion just to have an objective comparison. I’ve done that myself in an academic paper once, but I am not aware of anyone regularly publishing performance data like you’d rank baseball players and their batting averages. One reason you don’t see ranks published could be if managers were to provide their performance figures for an objective review, it might prove quite unflattering. You might discover that the top 20 PE managers don’t do any better than the average.

You have been a critic of the oversight of the PE industry. What would you tell regulators and lawmakers if you had the opportunity to speak to them?

You can read my thoughts in detail in a letter I filed with Eileen Applebaum last December when the SEC asked for comments on proposed regulations. The SEC is proposing that the private equity industry start recording more detailed statistics and disclosing fees, but that proposed regulation doesn’t require the information to be publicly published. It’s very toothless.

If I were sitting in front of Congress, I would tell them there should be a standard rate of return measurement. Not only the IRR but also something called the Public Equivalent IRR. It would better represent the total value paid since IRR can be manipulated. We need an objective measurement that compares to a public benchmark like the S&P 500. I would also recommend that these statistics for all the hundreds of private equity funds should be published once a quarter or annually on the SEC’s website and made available to the public. The goal would be to make it harder to manipulate or hide performance data. Fees should also be made public, much like a mutual fund manager must publish its fees.

Of course, even with more disclosure, institutional money managers may not care. They often get paid more money for their expertise if they invest in lots of exotic investments like PE hedge funds, even if those investments underperform public markets.

Do you see a resolution to the problems you’ve identified playing out in the coming years?

Others have asked me that question. The private equity industry is bigger than it’s ever been. Yet people just ignore the fact that its returns aren’t so great and that the numbers are massaged. It’s awash in cash, and the investors — managers at the state pension funds and endowments — don’t really care how they arrive at the numbers they give because the more complex the portfolio, the less their bosses — the trustees — will truly understand what’s going on.

The PE industry has been coddled for years, but eventually, the tide will turn. It may take 10 or 15 years for trustees to figure out they’ve been sold a bill of goods regarding the actual returns produced by private equity. I will likely be in Florida sitting under a beach umbrella by the time institutional investors finally figure it out. In the meantime, the PE industry will just muddle along and collect exorbitant fees because mediocre results will be masked by confidentiality clauses and state laws that prohibit disclosure of fees and returns.

Of course, I believe that the strategy should be reexamined by trustees much sooner than that, but unfortunately, it would probably take a pension fund going under to make that happen. 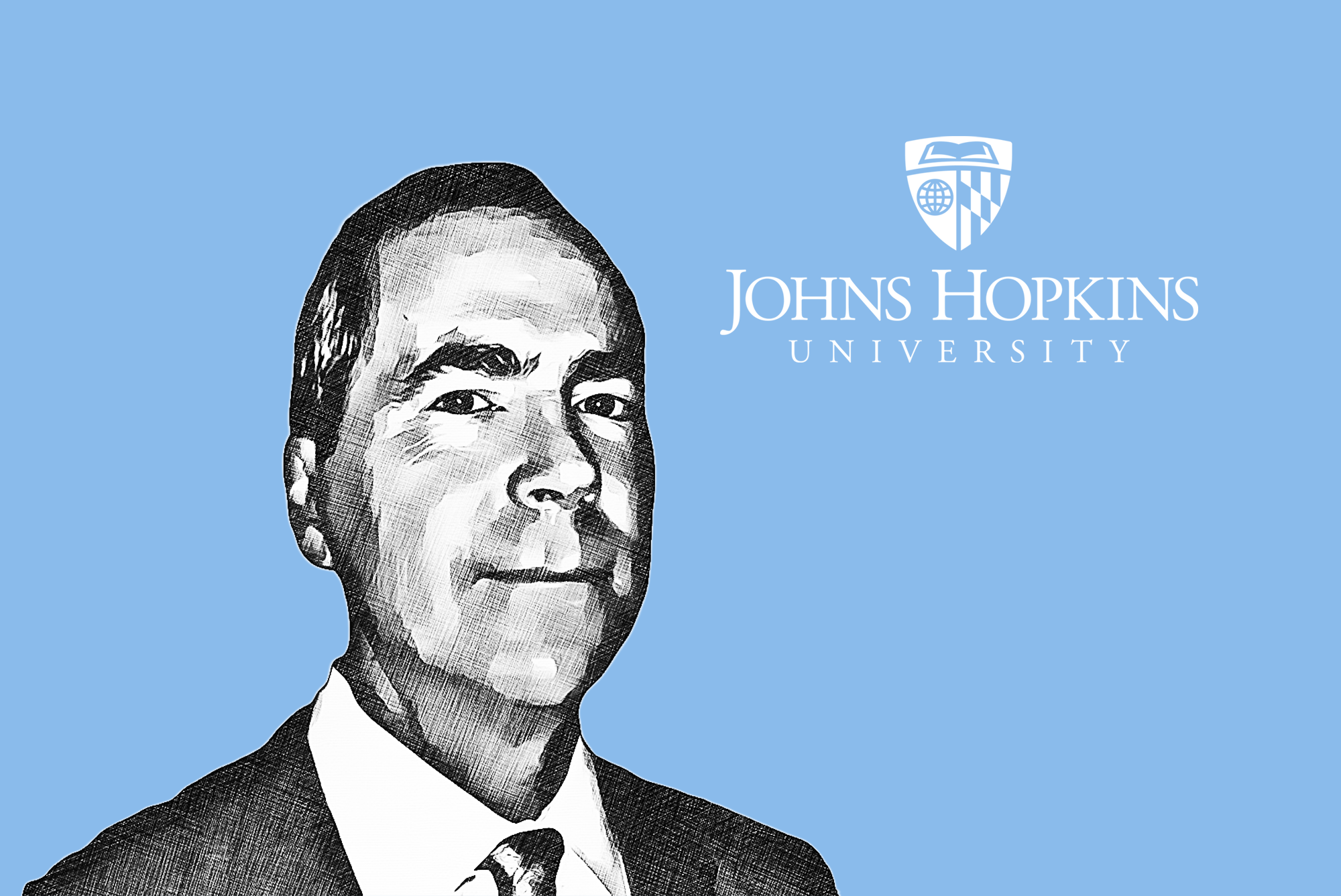