The Pain In Grain

Chad Burlet is an agricultural commodity sector lifer. He spent his first nine years at Cargill, where he rose to head the firm’s Oilseeds Trading Department. In 1989, Goldman Sachs hired Burlet to trade agricultural futures and options for the firm’s J. Aron division. After a dozen years as a solo trader, Burlet partnered with veteran Chicago Board of Trade broker Bob Otter to form Third Street Ag Investments, an asset management firm focused solely on grain markets.

An expert on the economics of global grain production, transportation, processing, and consumption, Burlet has powerful insight into the chaos engulfing agricultural markets in the wake of the war in Ukraine. Gravity Exists spoke with Burlet to get his perspective on how markets are reacting to a coming shortage and how he believes the crisis will play out.

How tight were grain balances when we began the year before the invasion of Ukraine? Were we already in a bullish setup for agricultural commodities?

World corn and wheat markets were relatively tight before Russia invaded Ukraine. Chicago wheat futures had moved from $6.50/bushel a year earlier to $8/bushel the week before the invasion. Corn futures had moved from $5.50 to $6.50/bushel over that same period. Before the invasion, world wheat ending stocks were projected at a five-year low, and more than half of those stocks were in China. World corn stocks were expected to be the second-lowest in seven years, and the weather in South America had turned less favorable.

How has Russia’s invasion of Ukraine impacted the world’s grain trade?

The best way to gauge the impact of the invasion on this year’s supply and demand is to compare the USDA’s S&D from two weeks before the invasion with the one it issued two weeks ago. In those three months, the USDA reduced this year’s Ukrainian wheat exports from 24 million metric tons (MMT) to 19 MMT, and it projects only 10 MMT of exports for next year. On corn exports, it dropped this year from 33.5 MMT down to 23 MMT, and it estimates next year at only 9 MMT.

The conflict has also made it extremely difficult for Ukraine to plant this spring, and the prospects for harvesting those crops are uncertain. The USDA estimates the country’s wheat production for this year at 21.5 MMT versus 33 MMT last year and corn production at 19.5 MMT versus 42 MMT last year.

The world wheat carryout for 2022-23 is projected at 267 MMT, only 27 percent of annual consumption and a 10-year low. Also, 53 percent of that projected carryout will be in China.

Do you have any insight into how the pandemic impacted grain markets and whether there is a lingering impact? If so, could you share?

On a macro level, world production and consumption were little impacted by the pandemic. There were spot shortages due to transportation or processing disruptions, but overall, the agricultural community adapted very well. The most notable change on the demand side is coming from the current covid lockdowns in China. A Chinese consulting firm recently estimated that country's consumption of edible oils will be down 8.45% this year, primarily because of all of the restaurants that are closed.

Over the past year, we’ve seen that the US’s Union Pacific and Burlington Northern Railroads have done a particularly poor job of managing their workforces during and after the pandemic. Their service has been abysmal, and they’ve created significant difficulties for both shippers and receivers. The cost of rail cars has reached record levels which, along with the product shortages they’ve helped create, has undoubtedly contributed to food inflation.

With Ukrainian exports reportedly down 65 percent versus this time last year and an export ban by India, there is growing concern about food security. Have US producers been able to increase planting to the extent that will offset shortfalls in global demand?

The US has limited capacity to increase the number of acres in agricultural production. Even with near-record prices, total planted acres this year will be virtually unchanged. Every March, the USDA surveys thousands of farmers and estimates planting intentions for each crop. Two years ago, total US cropland was estimated at 316.6 million acres. Last March’s estimate was 314.1 million, and this year’s estimate is 314.6 million.

To what extent will rising fertilizer costs bleed through to the dynamics of the futures markets you follow, if at all?

Two months ago, there were serious concerns about fertilizer shortages in several countries. While prices have rallied significantly, very few areas have run out. Fortunately, grain prices have also rallied significantly, and it has remained economic to use fertilizer. A number of growers have reduced their application rate, which has created concern about yield drag. We won’t know for certain until this fall.

Have you seen any notable divergence in the staple grain markets you follow — Wheat, Corn, and Soy — and their derivative markets?

As far as price distortions are concerned, we saw the most significant dislocations in Chicago wheat futures in early March. Futures were often locked at the daily price limit, so trades were executed synthetically via deep-in-the-money options or via back-end futures and calendar spreads. During the last hour of trading on March 8, futures rallied $2/bushel in twenty minutes [synthetically] and broke $1/bushel in three minutes. By comparison, we can point to a quiet period around the turn of the century when wheat had less than a one-dollar range for more than four years.

On that day, wheat options volatility was over 100 percent, and Chicago May wheat futures were the most expensive wheat globally, trading briefly above $14 [synthetically], the equivalent of $515/MT. At that point, it would have been economical to import wheat into the US from any number of origins. Two days later, May futures settled below $11.

The last time I looked, Wheat, Corn, and Soy were in pronounced backwardation across their full curves. Could you walk through the cause of this for our readers?

Corn and soybean calendar spreads are most sensitive to the US balance sheets because the futures market is in the central US, and all futures contracts not offset are settled via physical deliveries along the Illinois River, flowing south out of Chicago.

In the case of soybeans, the balance sheet is very tight. At the end of August, stocks project to be only 235 million bushels, the equivalent of 19 days usage. Because of the drought in South America, we’re seeing an atypical increase in summer exports out of the US. Domestic crushing of soybeans also continues at a high rate as Renewable Diesel demand increases quickly. All this has combined to put the physical soybean market well above the futures market, making the futures market the cheapest source of soybeans.

The corn balance sheet is also tight, but not quite as tight as last year when July futures traded $0.75 to $1.50 over December futures for most of the spring and summer. This year’s carry-out-to-use ratio is 9.6 percent, the second tightest in the past eight years. Cash [physical] corn and corn futures are well aligned for July, so the direction on that spread will be determined by the pace of farmer selling.

To what extent are currencies influencing the dynamics of the markets you follow?

Most international grain trade is transacted in dollars, so a strong dollar will make prices attractive for exporting countries and expensive for importing countries. The dollar index is correcting from a recent 20-year high. Since it bottomed a year ago, the index gained 17 percent en route to those new highs, providing a meaningful headwind for dollar-based commodities. Soybeans, in particular, have felt the bearish impact as the dollar rallied sharply against both the Chinese yuan and the Brazilian real. That made prices very attractive for Brazilian farmers and expensive for Chinese importers. The yuan lost 8.5 percent to the dollar from early April to mid-May, helping keep Chinese domestic crushing margins well below breakeven. 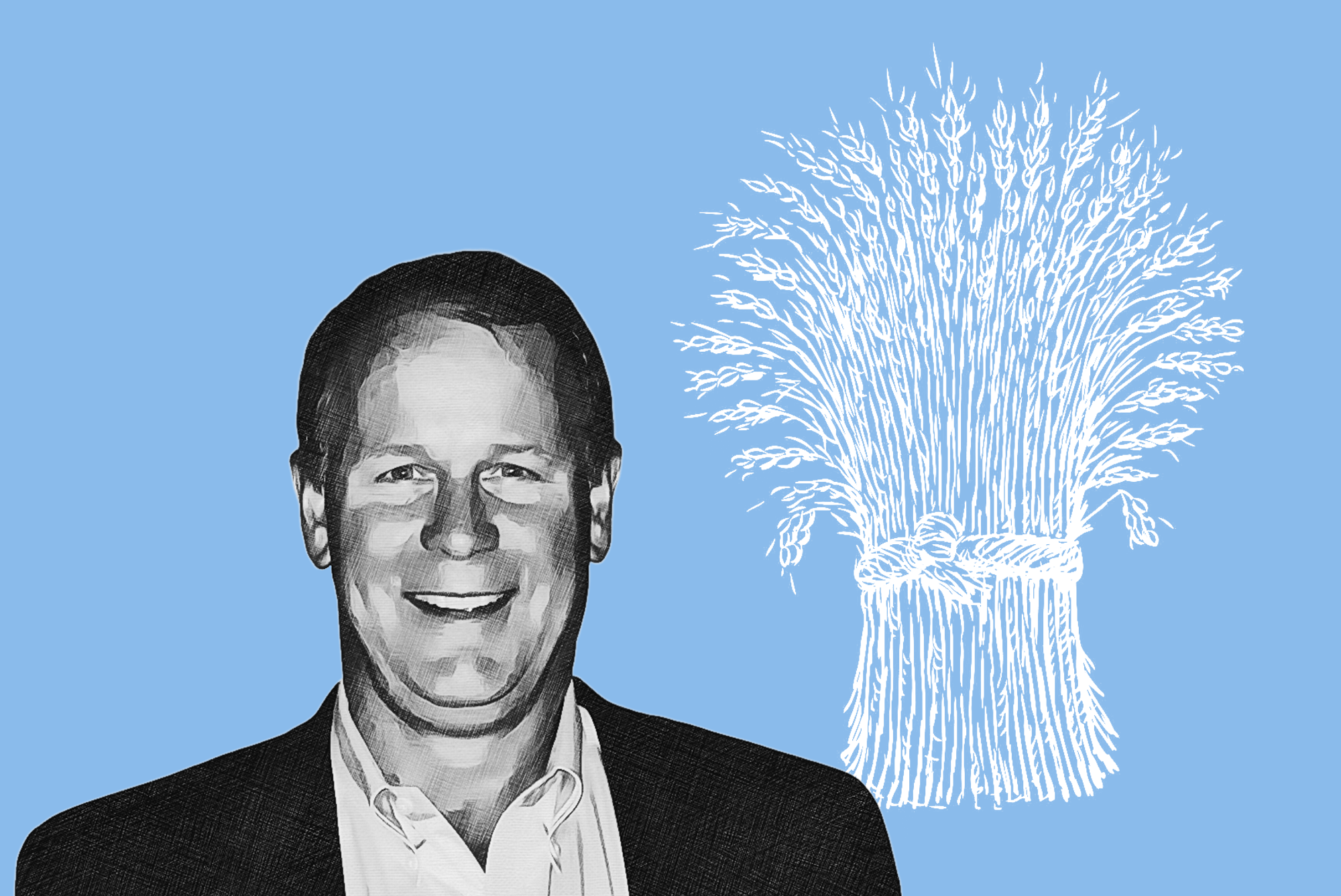 Chad Burlet — Chad Burlet is the Chief Trading Officer for Third Street Ag Investments. In his four decades spent managing risk in the agricultural commodities markets, Burlet has never witnessed market turmoil on the scale the world is experiencing today.